Two Democrats in the House have introduced legislation to ban vape flavors in all products in addition to banning online sales, which would effectively kill vaping in the United States.

Every voter who cares about access to smoke-free alternatives such as vape juice and e-cigarette devices needs to stay involved in the legislative process. Congress needs to know how e-cigarettes provide an avenue to stay off of cigarettes.

Take action now to encourage your representative to vote against this vape killing bill.

UPDATE 2/27/2020:  CASAA has reported that H.R. 2339 now includes language from HR 4742 which would tax liquid nicotine concentrate used in the manufacture of vape juice at $2,780 per 1 liter. This tax would be passed on to consumers.

The White House Office of Management and Budget has a released a policy statement regarding the flavor ban and liquid nicotine tax.

The Administration opposes H.R. 2339. The Administration is encouraged by legislative efforts to protect American youth from the harms of addiction and unsafe tobacco products, and it also acknowledges that H.R. 2339 exempts premium cigars, which have comparatively lower youth usage rates, from certain regulatory burdens. Unfortunately, however, this bill contains provisions that are unsupported by the available evidence regarding harm reduction and American tobacco use habits and another provision that raises constitutional concerns. Accordingly, the Administration cannot support H.R. 2339 in its current form.

The Administration cannot support H.R. 2339’s counterproductive efforts to restrict access to products that may provide a less harmful alternative to millions of adults who smoke combustible cigarettes. This includes the bill’s prohibition of menthol e-liquids, which available evidence indicates are used relatively rarely by youth. It also includes the bill’s approach to remote retail sales. At this time, problems surrounding such sales should be addressed through the application of age verification technologies rather than, as this bill would do, prohibiting such sales entirely.

If presented to the President in its current form, the President’s senior advisors would recommend that he veto the bill.

It is encouraging to see the White House acknowledge the concept of harm reduction when it comes to approaching e-cigarette and tobacco regulation.

A bill introduced by two house members Rep Frank Pallone Jr. (D) from New Jersey and Rep. Donna Shalala (D) of Florida is expected to get a vote by the full House of Congress next week.

The bill was passed by a the Energy and Commerce Committee, led by Representative Pallone in November of 2019 in the weeks preceding the White House summit on vaping and the steps taken by the FDA to ban flavors in closed based pod cartridges.

Flavored vape juice for "open-tank" systems such as those used by the subohm vapers and flavored disposable vape pens were left untouched for the time being.

This new bill would ban all flavors, including menthol, from the market even for tanks. Online sales, the main source of vaping supplies for most vapers, would also be banned.

The House will vote next week on a bill aimed at reducing youth vaping rates by banning the sale of flavored tobacco products, including e-cigarettes.

Anti-tobacco advocates argue flavors such as mint and mango have hooked children on vaping, with an estimated 5.4 million middle and high school students using e-cigarettes in 2019, according to government data.

“We must advance this legislation in order to prevent losing another generation to tobacco-related illnesses and premature death,” Pallone said in November when the bill passed his committee 28-24. While the bill is likely to pass the House, it’s not clear if it will get a vote in the Republican-controlled Senate.

Congress raised the tobacco-purchasing age from 18 to 21 last year, but advocates say it needs to do more to curb youth vaping rates.

Democrats argue the bill is needed as the Trump administration drops the ball on combating youth vaping.

The Pallone-Shalala bill would ban flavors in all of these products. It includes a narrow pathway for the Food and Drug Administration (FDA) to approved flavored products if they are found to reduce smoking rates.

As pointed out in the reporting, this legislation possibly might not even receive a vote in the Senate.

In the past, Senate Majority Leader Mitch McConnell (R) of Kentucky has expressed skepticism about taking a vote on vaping. Last year, Leader McConnell instead opted to pass legislation raising the age to purchase tobacco products, including vape juice, from 18 to 21.

However, past legislation introduced into the Senate banning flavors proposed by Senators Durbin (D) and Murkowski (R) is quite similar to the house bill and might be an avenue this vape killing policy could make it to a vote.

President Trump has also expressed regrets for having ever considered the prospect of banning vape flavors.

What Steps You Can Take to Prevent a Flavor Ban

Every Vaper Needs to Be Continually Involved

Attacks on vaping are going to keep happening.

The process of politics in annoying and a marathon. These attacks on vaping are going to come up constantly.

Every person who cares about access to smoke free alternatives needs to get involved every time legislation like this is proposed.

Getting involved doesn't actually take an enormous amount of effort. It also feels better to take action instead of just getting mad.

You can quickly find your representative in Congress and a listing of all of their contact information over at ContactingCongress.org.

It should only take a few minutes to get a staff member on the phone and let them know that you would like to encourage your Representative to vote no on this bill. Let them know how important flavors are for you to stay away from smoking cigarettes.

Writing a letter or an e-mail may take more effort but those forms of communication are very effective and are given more consideration.

I know it seems repetitive with everyone asking you to contact your Senator or Representative constantly but it actually does make an impact. Legislators need to know that voters are active, interested and watching how they vote. 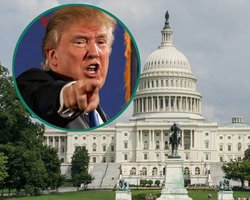