FDA Expected to Ban All Flavored Pods But Tobacco and Menthol

A report from the Dow Jones news wire indicates that the FDA is expected to announce a ban on all pre-filled flavored vape pod cartridges but tobacco and menthol within the next week.

From the DowJones wire service by Jennifer Maloney and Thomas M. Burton at Morningstar.com [emphasis added]:

The Food and Drug Administration plans to ban the sale of fruity flavors in cartridge-based e-cigarettes, but the restriction won't apply to tank vaping systems commonly found at vape shops, according to people familiar with the matter.

The action is seen as a compromise between Trump administration officials who want to address a rise in teen vaping and those concerned about the impact on small businesses and the possible political fallout for President Trump, these people said. Polls commissioned by the vaping industry have shown an outright ban would be unpopular in key states for the 2020 election.

Federal officials are expected to announce the new plan as soon as Friday. Open-tank vaping devices, which allow users to mix their own nicotine liquids, aren't popular among children or teenagers, who tend to use vaporizers with prefilled cartridges such as those made by Juul Labs Inc. Open tanks are typically found in vape shops and allow consumers to custom-mix flavors.

The new policy, intended to curb a surge in underage vaping, would apply only to pod-based vaporizers such as those made by Juul, NJOY Holdings Inc. and Reynolds American Inc.

It would pull from the market all e-cigarette refill pods except those formulated to taste like tobacco or menthol, the people said, dealing a blow to an industry estimated to have estimated $9 billion in annual revenue. The sweet and fruity flavors that would be banned under the new policy represented about 80% of retail-store e-cigarette sales in 2019, according to analyst estimates.

The ban would prohibit mint but would allow menthol e-cigarette pods to remain on store shelves, a change from the agency's earlier plan.

Most journalists don't seem to use vaping terminology very well as indicated by the disastrous coverage of the THC cartridge fiasco in the last four to five months.

What we have gleaned from this reporting is that pre-filled replacement cartridges for vape pod systems, such as JUUL and VUSE, are going to be the only targets in this flavor ban by the FDA and the Trump administration.

The FDA refers to these type of pre-filled replacement cartridges products as "closed" systems and are allowing vape juice flavors or "mixes" by Secretary Azar for "open tank systems" like subohm tanks to remain unaffected.

It remains unclear the future of pre-filled disposable vape pens or refillable vape pods / pens that use nic salt based vape juices.

It seems like a full on flavor ban on all vape juice is off the table for now. The next big hurdle for vaping is going to be PMTA (PreMarket Tobacco Applications) process, which is expected to kill off a large number of small brands due to the extreme expense required for each vape juice formulation to be approved by the FDA. 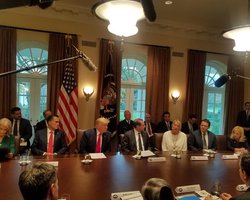