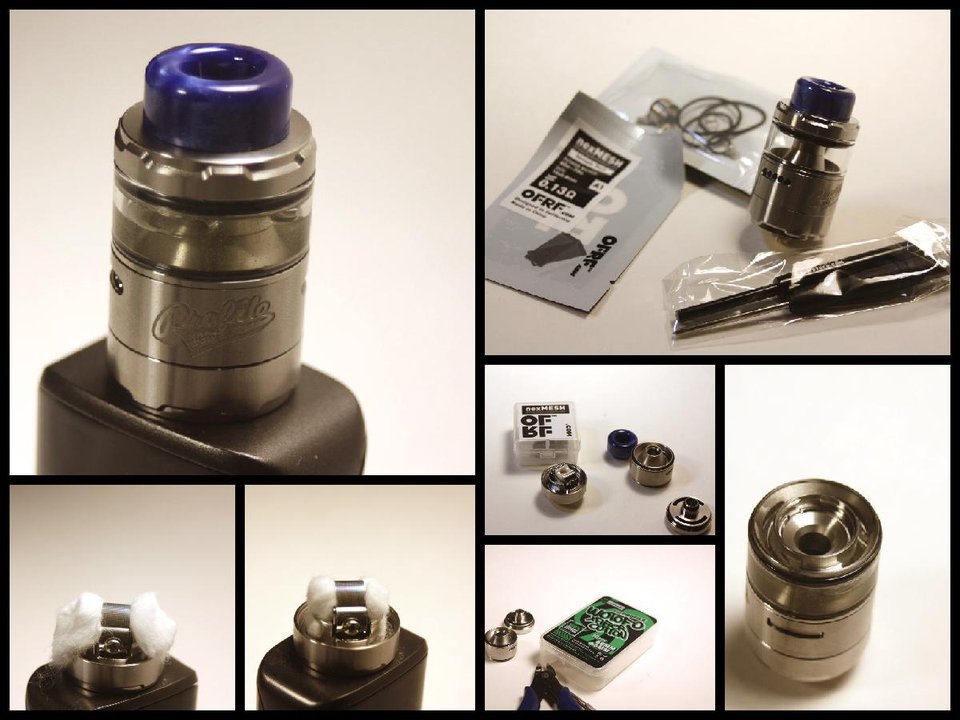 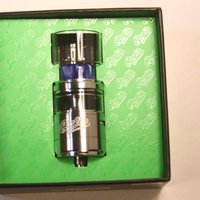 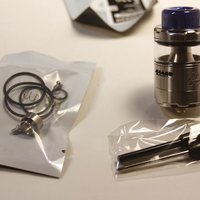 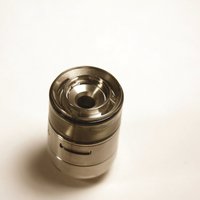 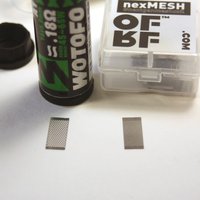 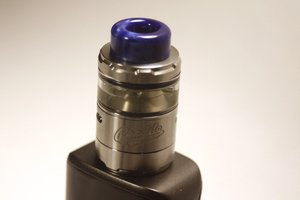 Wotofo, with MrJustRight1 and TheVaporChronicles, has brought the heart of one of the best mesh RDAs to tank enthusiasts with the Profile Unity RTA.

The Profile Unity mesh RTA has the classic exterior of a traditional vape tank but with lots of enhancements such as:

The top fill cap uses the channel and groove type of locking mechanism to be quick release for a fast fill up.

There is an angled lip on the edge of the fill slots that allows the tip of a dripper to rest against the cutouts. This lip prevents the tip of glass drippers from cracking or snapping. However, the narrow width of the fill slots can occasionally cause a bit of a backup with a high vg vape juice.

Pre-installed is a very thick, blue resin 810 drip tip that is comfortable against the lips thanks to the very round beveling on its outside edge.

Every once in a while the drip tip seems to come unseated, perhaps from uneven pressure. The drip tip is a slightly loose in the cutout, but it doesn't drop out or get stuck.

The deck uses a lock and turn type system, with matching notches on inside of the tank and deck. This design keeps the air and juice flows lined up properly.

At the center on the deck is a white, spring loaded piece in between the clamps. This central piece is what makes the whole system work properly by pressing the cotton upward evenly against the mesh strips, preventing hot spots.

In the gallery above is a side by side with the two types of mesh strips that fit the Profile series build decks. On the left is the more standard net style mesh strip that measures at 0.18 ohms and on the right are the nexMesh triple thickness mesh strips, two of which are included with the RTA.

Notice the amount and size of holes on the standard versus the nexMesh. Both strips perform quite well, the left needing less power, but the right seeming to produce a thicker vapor. 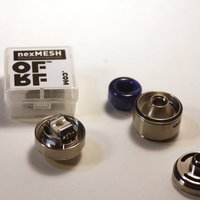 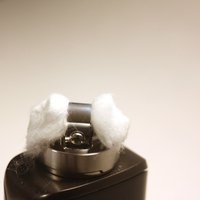 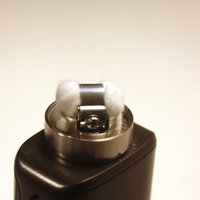 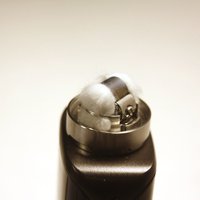 How to Build the Wotofo Profile Unity RTA

The thickness is the perfect size to fit under the mesh and allow for appropriate pressure to be applied by the deck.  Wotofo makes the cotton in two varieties: traditional organic cotton and organic cotton fiber blend based strips.

For the best results, use the Wotofo nexMesh strips and the agleted Wotofo XFiber organic cotton 10-pack.

How to build the Profile:


Using mesh strips instead of standard round and particularly clapton wire seems to be a reduce in the amount of time required to heat the wire and start producing vapor.

Swapping from the 3.5ml glass to the 5ml glass involves a small chimney extension like with other tanks that don't use bubble glass for extra volume.

Performance is pretty similar on both the standard and 5ml setups, but the mesh is fairly thirsty, making the 5ml setup a good trade off for a slight flavor loss.

The cotton wicks surprisingly fast thanks to a good juice flow and wicking channel design.

Airflow is provided by a row of five 1mm holes on each side with an easy to adjust ring with the airflow holes lined up with the top of the coil strip.

With all airflow holes open, the flavor is pretty good but seems a bit airy but not washed out as with most tanks at max air setting. However, the Profile RTA really shines with its air restricted.

The best performance on the Profile RTA, was with the air at three airholes at 65W, which provided an enjoyable restricted lung hit with amazing flavor and a respectable amount of vapor production.

For a more restricted hit, 2 holes at 60W was pretty dang good with a warmer cloud.

Cutting down even more, to one hole, the draw was a bit too tight but the vape was very warm, with a dense cloud and sharp flavor.

Each airflow setting at has a smooth draw and slightly increasing noise with each reduction as expected but developed just the slightest whistle when heavily restricted.