Wotofo has teamed up once again with SuckMyMod to release the latest incarnation of the celebrated Serpent single coil RTA, the Serpent Elevate. 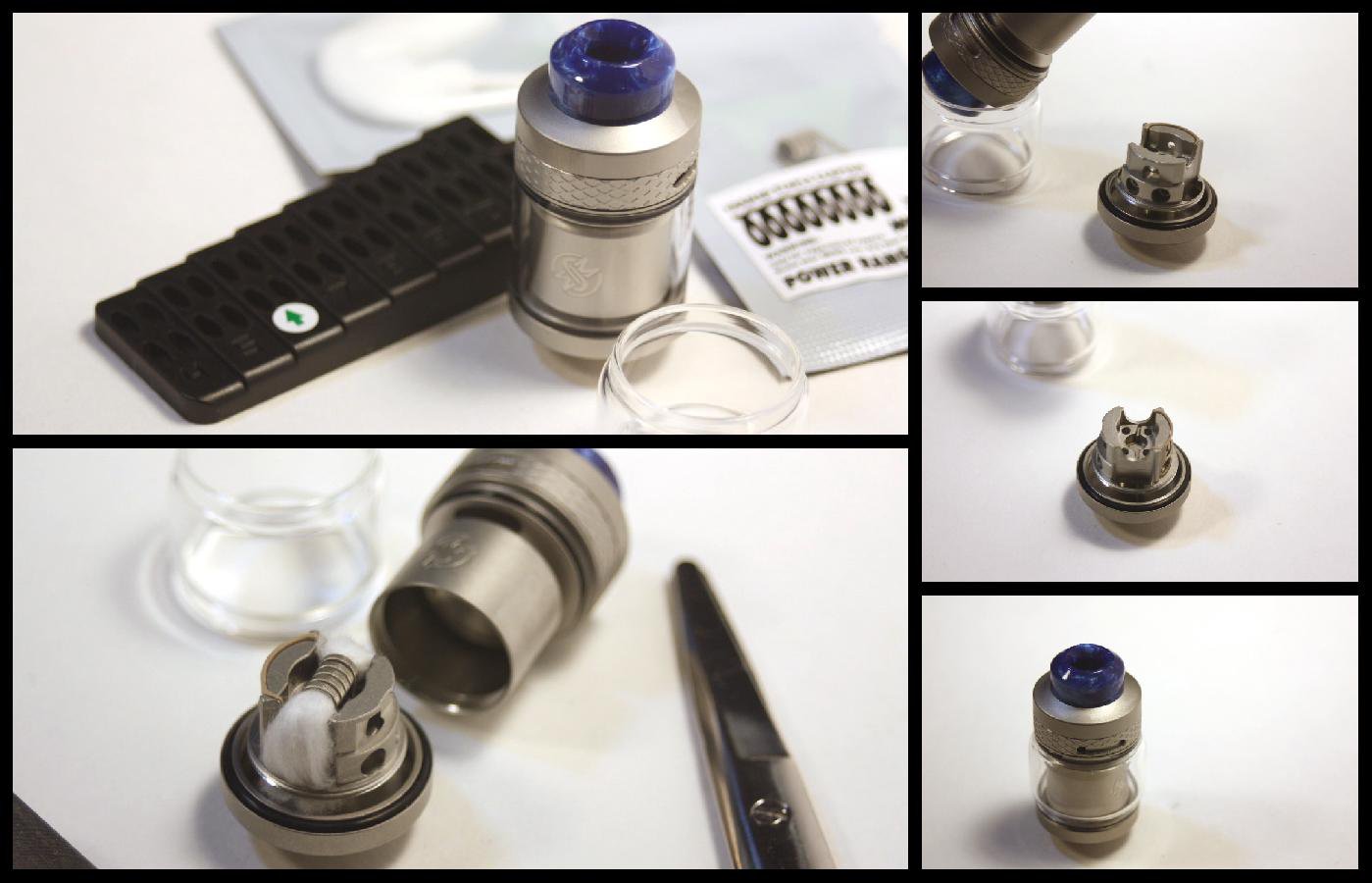 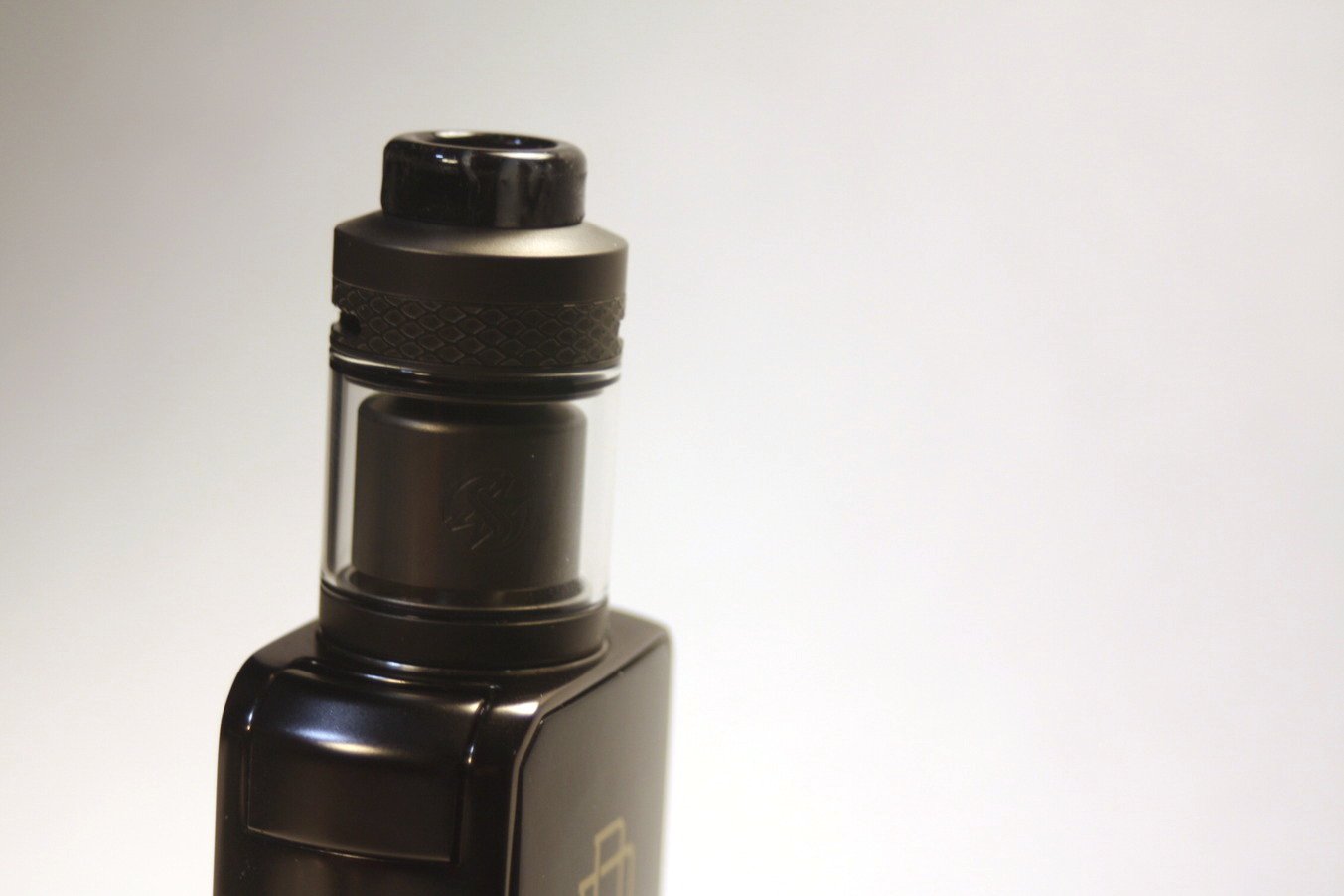 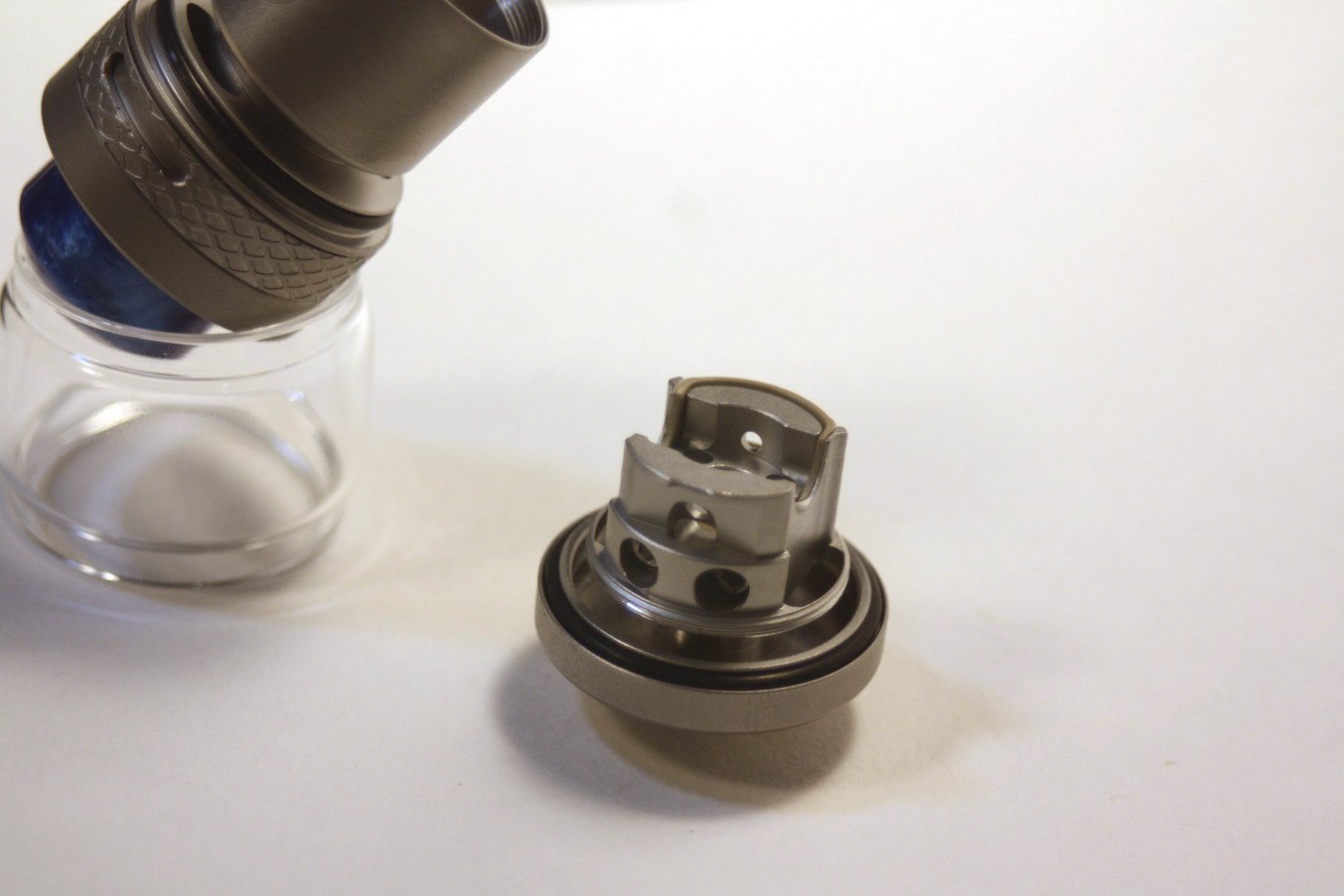 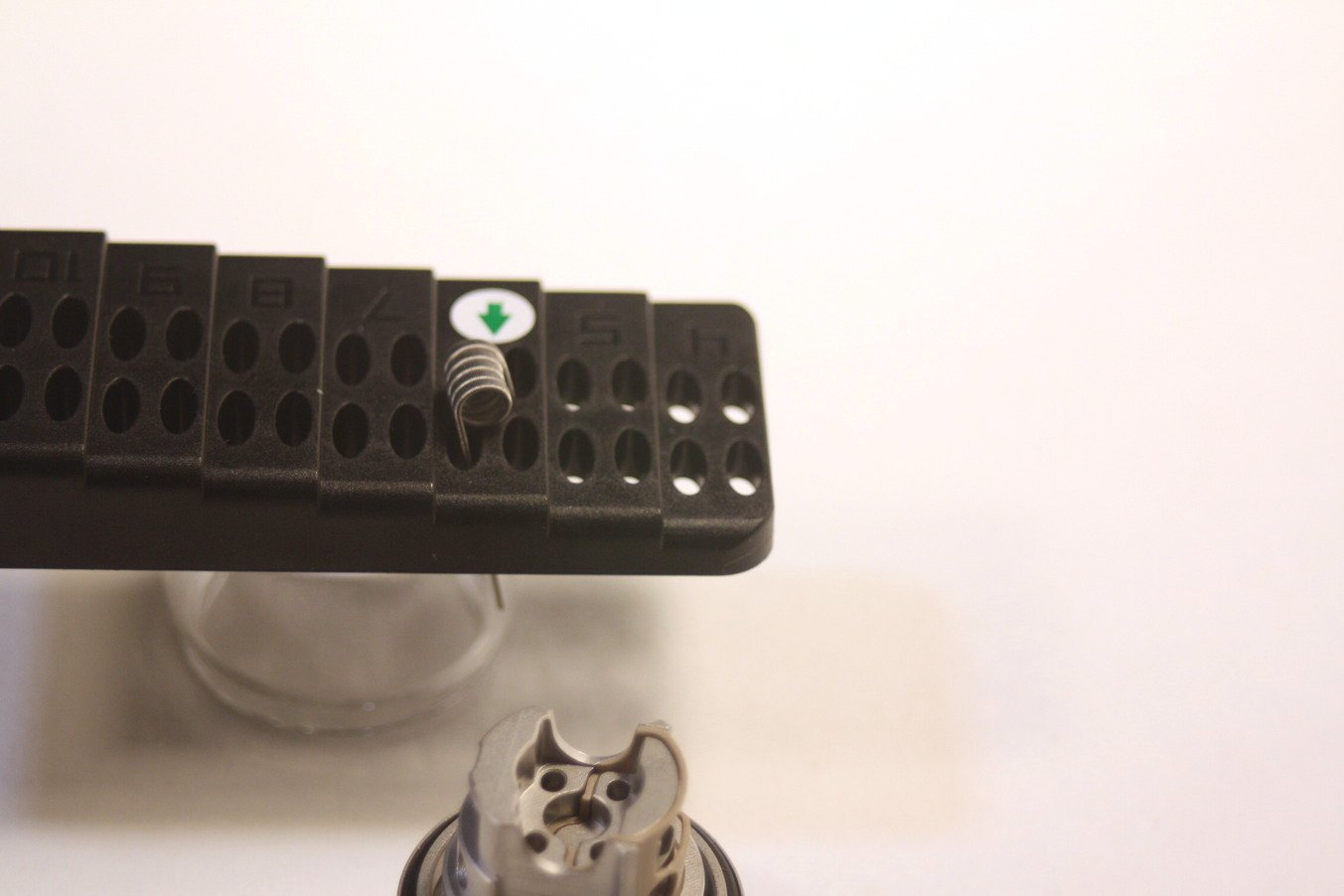 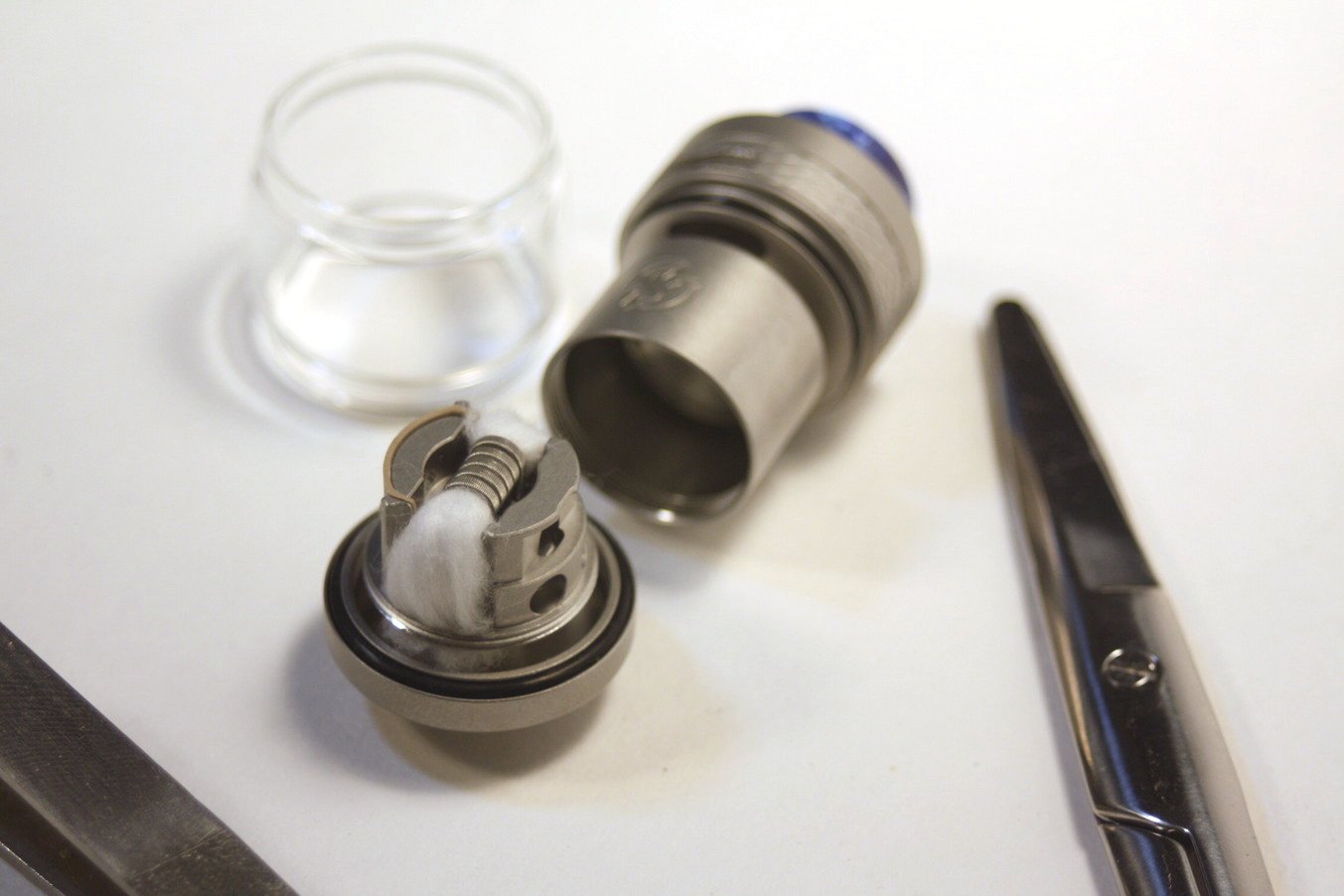 Wotofo, with SuckMyMod, has updated the long running Serpent single coil RTA and this might be the best one so far. It has an easy to build, single coil postless build deck and includes just about everything one needs to get a build going fast.

The Wotofo Serpent Elevate RTA is a top airflow RTA and probably the best thing about top down RTAs - no leaks! Vape juice doesn't pool at the bottom of the RTA on top of the mod and one can even leave this thing tipped over all day on its side and not a drop will leak out.

Looking at the assembled RTA, with the standard 3.5ml glass or with the included 4.5ml bubble glass, the overall design elements come together in an attractive way. The high build quality and excellent exterior design are plain to see.

There are several color choices available for the Serpent Elevate, each is high in aesthetic appeal. Shown above in the photos are the matte grey with blue drip tip and the matte black version - just two options among many. There is something for everyone and each option looks sharp has a unique but appealing color combination.

Wotofo has included plenty of extras to get things up an running immediately. Included are two drips tips, one colorful and one plain grey, along with a 510 adapter. Also included are two Ni80 framed clapton coils, two pieces of agleted organic cotton and a coil trimming guide plus the other normal replacement pieces. These little accessories are really a great addition to the package.

The coil trimming guide in particular takes the pain out of building postless decks. The organic cotton is perfect amount to fit in 3mm coils and the aglet, think little plastic shoe lace end, makes threading the coil super easy. The cottons are available from Wotofo as a standalone item.

These little enhancements from Wotofo help make building postless decks accessible to beginners, which is great for the vape community.

Taking the Serpent Element apart to see how everything works and throw in a build, one can tell that a lot of great choices were made with the internals.

The air comes in from the top air flow ports, down the inside of the chamber but outside the deck, then inside the deck and up the short chimney.

Single coil postless decks and top airflow have been around for a bit now and the Serpent Elevate makes some marked improvements.

This postless build deck itself seems like it may be a bit small at first glance, but it is the perfect size for a single 3mm diameter coil.

The deck has four terminals to allow for any wrap direction and the terminal size will accommodate a fairly wide coil. Each terminal is secured by an allen grub screw.

The bulky side walls on the deck look a bit strange but they consume space in the chamber, which helps compress the vapor and boost the flavor. There is actually two separate airflow openings on each side of the deck, four in total, to allow the air to hit the coil from not just the side but also from the bottom which is a nice enhancement that pays off in the flavor department.

Wicking the coil is fairly straight forward. The cotton should be just long enough to be corralled by the wicking ports and hang slightly underneath the deck.

There is a small trick. Just hold the cotton down against the side and trim around gap under the deck. Next, thin the cotton out slightly by combing it with a pair of angled tweezers after it is trimmed to length to prevent any over stuffing.

Stuffing too much cotton will choke off the juice supply on any RTA.

Building this RTA is fairly quick, easy and is beginner friendly thanks to the included trimming tool.

Filling is more of an old school affair, which utilizes a screw on top cap. The Serpent Elevate is a bit thirsty, so using the bubble glass is an easy choice.

Taking a drag, the airflow is quite smooth but is a slightly on the loud side, which is to be expected with this type of airflow design.

Adjusting the serpent scale textured airflow control ring at the top slightly will reduce the noise. Closing the opening to about halfway open will provide a more restricted draw and give a warmer flavor profile.

The flavor is simply top notch on this RTA! The vapor is quite dense and the complete vape experience is quite enjoyable.

Overall, this is a fantastic single coil RTA. It is easy to build, looks great and is a serious flavor chaser.

The top down airflow combined with tried and true design features make this a quite enjoyable, leak free RTA that is sure to please flavor chasers looking for an great single coil RTA experience. 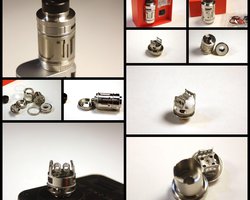 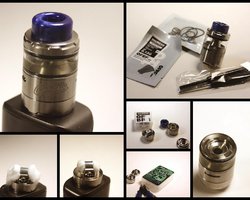 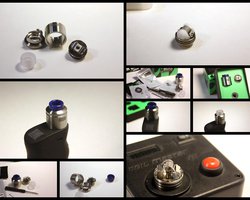