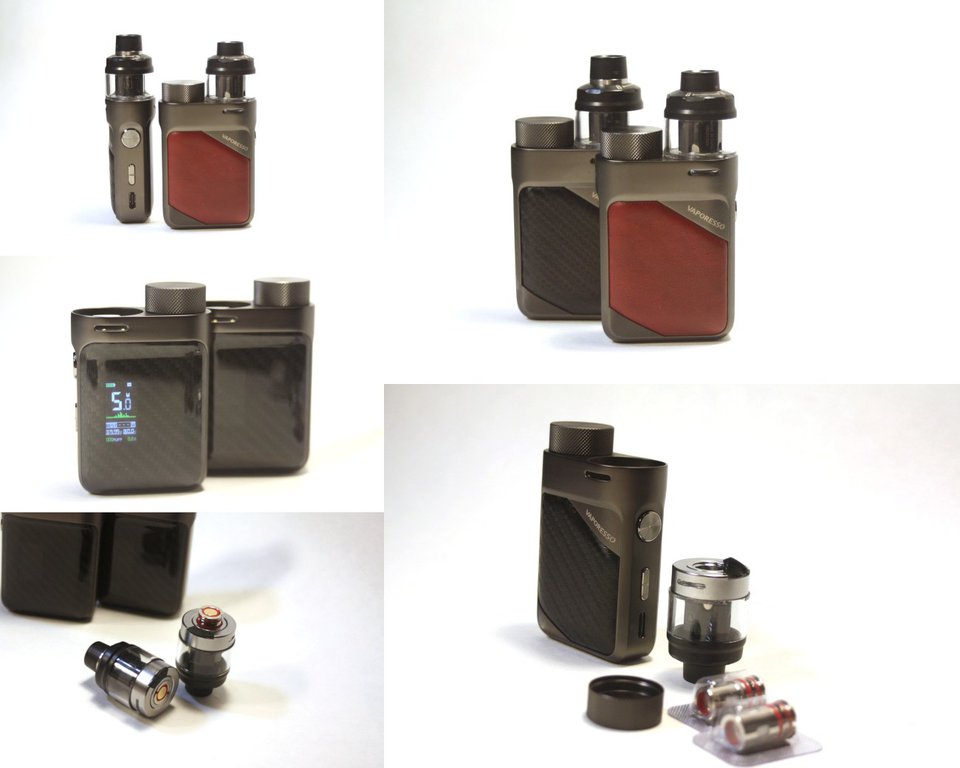 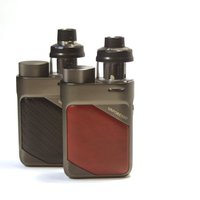 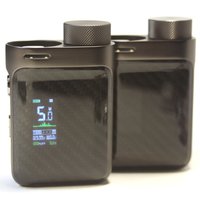 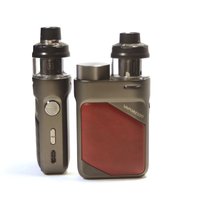 Vaporesso continues its streak of cool kits into the new year with the Swag PX80. We have been follow the Swag line and particularly enjoyed the Swag II starter kit. This new iteration keeps the soul of the Swag line and introduces some big changes that move it from a solid vape kit to pod mod territory.

The Small Tank is a Big Change (and Innovative) 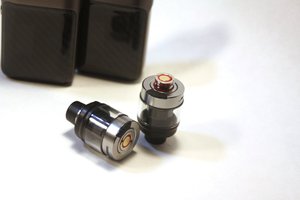 The biggest change on the Swag to make this a pod mod, instead of a subohm kit, is the brand new tank design.

This new swag pod uses the GTX coil family, which has several options for most types of vaping, including an RBA coil. The GTX pod mesh coils have pretty good performance -- dense vaporization with very good wicking and have a decent lifespan. The larger coils, such as those included with this pod mod kit, are great for 0/3/6mg e-liquids and the smaller, higher ohm GTX coils are perfect for use with salt nic juice.

The updated tank style pod is completely new and introduces some cool innovations to the pod mod market. At first glance the tank itself resembles a disposable vape tank; compact and one piece without moving parts. The pod essentially one solid piece, with a non-replaceable tip and silicone plug for filling on the bottom next to the coil slot.

Upon closer inspection, there is more to the new design, mostly coming from the coil system.

Twist the tip to the unlock position and press to eject the old coil. Press the new coil in and then re-twist the top to lock. This new design also means you can swap the coils without having to drain the pod! No more wasting any valuable juice!

This feature is very cool but the drawback being the tank has to be filled from the bottom. A small drawback but the trade off is worth it.

Vaporesso designers also took it upon themselves to reduce any leakage from the pod and they mostly accomplished their goal. We did find that the tank is fairly air tight with the coils installed but you will have to tilt the tank backwards when filling to allow air to escape. However, there is some seepage that can collect under the tank from exhaling through the tank (purging) due to the matching airflow design.

The swag pod design is held in place with magnets, popping on and off but also spins in place to adjust the airflow.

The airflow, on the pod itself, is fixed but when combined with the mod design there is full control which enables no air flow all the way to restricted direct lung.

Airflow on previous pods and pod mods has been a pretty big problem due to lack of control, however the Swag is pretty versatile.

Updated and Upgraded Mod for the Pod


The mod is powered by a single 18650 battery, which is great for a lot of vapers. There is still 2A pass through charging, like on most vape pods and pens, but you can easily swap batteries for no down time like with an internal battery. Also, the mod is not subject to the lifespan of the battery.

Vaporesso made pretty cool aesthetic changes to body. It still has the same soul with the same basic design cues but now has some functional ergonomic profiling on all sides of frame. The compact, rectangular mod is now easier to fire and grip with confidence.

Internally the mod uses the premiere AXON chipset, which is featured on recent Vaporesso mods big and small including the GEN S. This is a high performance chipset that is known for tons of features, smart recommendations, accurate wattage and consistent, smooth, fast firing.

Hidden behind the carbon fiber styled side is a color TFT display. When the screen is asleep, it is all but invisible.

The simplified layout is definitely one our favorites from Vaporesso. It has easily readable wattage and battery level at a glance


The Vaporesso Swag PX80 is a welcome addition to the pod mod market.

Overall, it is quite versatile, able to satisfy most vapers that are interested in pod style vaping, including salt nic users. It is also able to appeal to vapers that are looking for more features like a 18650 battery and wide selection of coils.

At the moment, the Vaporesso Swag PX80 is in pre-release. We will update this post when it is available for purchase.