R.J Reynolds and Philip Morris USA team up to fight SB 793, a bill that bans flavored tobacco including vape flavors in the State of California beginning Jan 1, 2021. 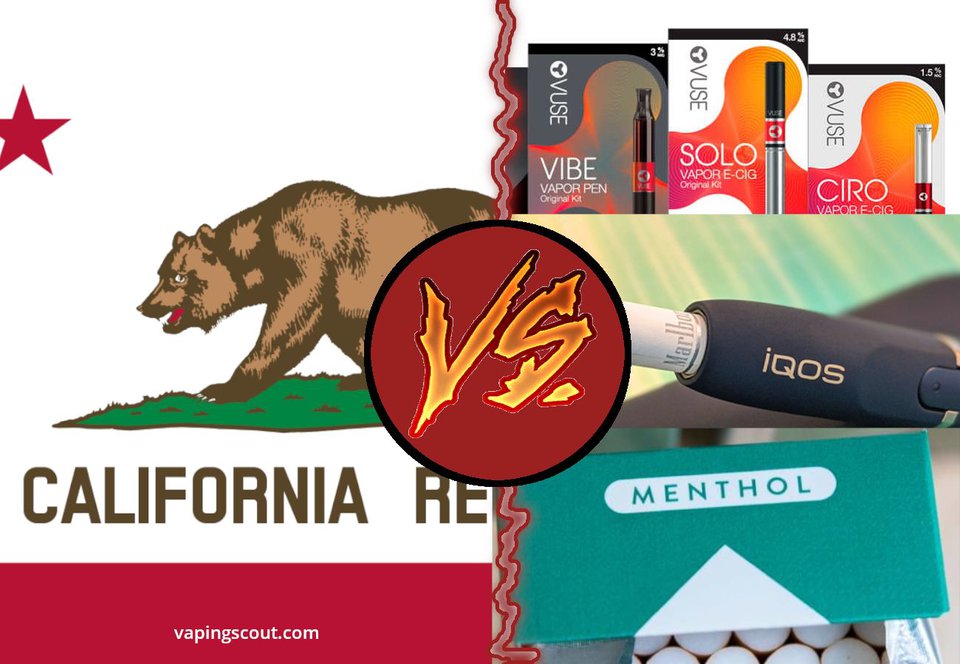 No one likes Big Tobacco, but two legal challenges could help current and future California vapers to continue to have access to flavored vape products.

Two of the largest tobacco companies in the United States have joined forces to fight SB 793, a bill signed into law in August 2020 which bans flavored tobacco products, including e-liquid flavors, in the State of California.

Big Tobacco essentially controls the majority of the vaping market due to their products availability in convenience and corner stores. RJ Reynolds owns Vuse Vapor and Philip Morris makes IQOS, heat not burn tobacco, as well as IQOS Mesh which is essentially a closed mesh vape pod system and STEEM a nic salt based product.

Altria, the parent company to Philip Morris purchased a controlling share of JUUL Labs. RJ Reynolds acquired a controlling interest in VapeWild in 2019, which has subsequently ceased operations before the PMTA deadline this year.

A Lawsuit and a Referendum Petition


About the Referendum Petition

The referendum needs to acquire 623,212 signatures within 90 days of the bill being enacted to qualify to be brought to California voters for a decision to keep or rescind the flavor ban.

As early voting for the 2020 election has already begun, the California flavor ban could not take effect until at least after the election in November 2022 if the referendum is accepted by the state. This two year delay would give time for the second effort, the legal challenge to be fought in court.


From the Sacramento Bee:

Big Tobacco is taking the State of California to court in a bid to block SB 793 from going into effect.

In a complaint filed late last week, plaintiffs including tobacco giants R.J. Reynolds Tobacco Company and Philip Morris USA argue that the state’s newly passed ban on the sale of most flavored tobacco products was “an overbroad reaction to legitimate public-health concerns about youth use of tobacco products” and “the most draconian ban on tobacco products of any state in the nation.”

The plaintiffs argue further that the ban is unconstitutional on several grounds.

First, they argue that federal law supersedes state law, and the manufacture of tobacco “is subject to intensive regulation by the federal government.”

“In striking a balance between federal authority and state authority over the regulation of tobacco products, Congress expressly denied states the ability to promulgate any requirement relating to tobacco product standards that are different from or in addition to federal standards,” the complaint reads.

The plaintiffs also argue that the law unlawfully attempts to regulate manufacturers who are outside of the state borders, which they say is a violation of the Commerce Clause of the Constitution.

Finally, they argue that California “has no legitimate interest in enforcing its unconstitutional law.”

In addition to the complaint, the plaintiffs have also filed a request for a preliminary injunction to stop the law from going into effect on Jan. 1 while the courts sort it out.

This legal challenge could ultimately have nationwide implications, possibly ending up in front of the Supreme Court. A legal challenge such as this could take several years, which is why delaying the implementation until 2022 with voter's referendum is the legal strategy.