At Healthy Returns forum, hosted by CNBC, FDA Commissioner Scott Gottlieb addressed a wide range of health concerns facing the United States, including tobacco and e-cigarettes. He also talked about the tobacco control groups suing him and the FDA for not implementing controls the vaping industry fast enough. 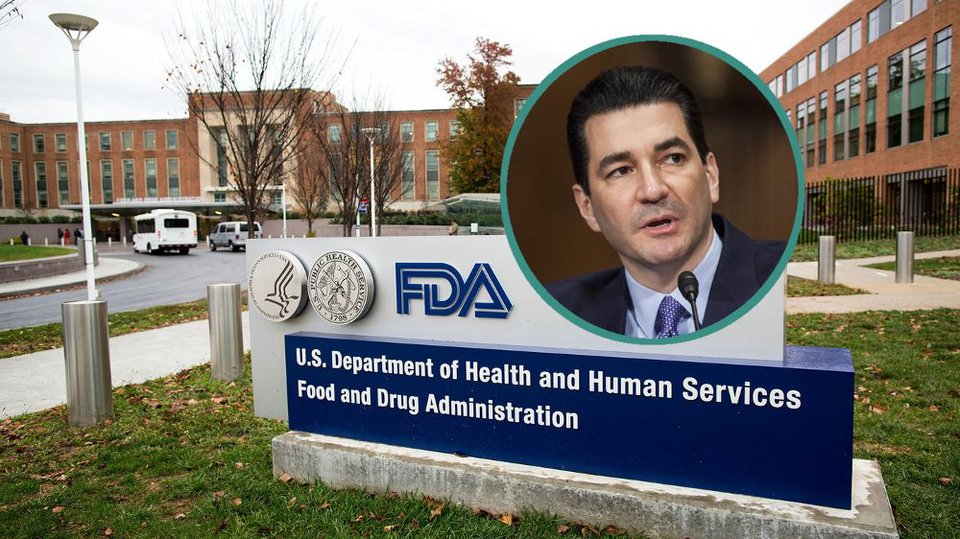 The interview covered a wide spectrum of health related topics and issues the FDA is currently focused on including generic drugs, drug prices, tobacco control (focused on vaping) and briefly touched on the opioid crisis.

Commissioner Gottlieb starts talking about the current state of tobacco and e-cigarette regulations at around 24:00 until about 28:50, if you want to skip ahead.

Considerations on the Regulation of E-Cigarettes

Could e-cigs be considered an over the counter drug?


Since we care about our readers, we are providing a transcript of his remarks on e-cigarettes. The transcript has had minimal editing for readability.

When we announced this plan earlier, late last year, the idea was to put nicotine at the center of our regulatory efforts and to your point, go through a process to try to regulate nicotine levels and combustible cigarettes, combustible tobacco to minimally and not addictive levels to try to transition smokers more quickly off of combustible tobacco on to reduced risk products or to quit altogether.

Obviously the most advantageous route is to go to an [over-the-counter] nicotine replacement product ... like a patch or a gum, but we do see an opportunity from things like these e-cigarettes and other electronic nicotine delivery systems potentially being a viable vehicle for adults who want to access nicotine.

But those products need to be put through a series of appropriate regulatory gates.

When I came into the agency, none of the foundational regulations that needed to be in place in order to properly regulate these e-cigarettes were in place and the only way for us to get those regulations in place was to implement the delay in the application deadlines, because all these companies had applications due to the agency within a year, while we got those rules in place and that's in fact what we're doing.

At the very time that I am trying to take nicotine out of combustible tobacco, I don't want to be sweeping the market of products that could provide an alternative to smokers who want to get access to nicotine.

One of the things we're doing right now is looking very actively at, "Could we bring an e-cigarette through the over-the-counter pathway?", which would give us many more tools to look at both safety and benefit to study whether or not an e-cigarette actually does promote smoking cessation and also give us many more tools to study the toxicology associated with it and see what effects it might have on a lung.

We're gonna be putting out two guidance documents sometime soon, probably the summer, one is gonna address specifically how to study the toxicology associated with an e-cigarette so the in the pulmonary toxicity associated with the use of an e-cigarette, if you want to bring it through the new drug approval pathway and try to sell it as an over-the-counter product.

We're also looking at what additional endpoints we might allow for products that want to get smoking cessation or maybe even smoking reduction claims as an over-the-counter nicotine replacement therapy because we do want to open up the marketplace towards more opportunities to get nicotine sold as a pharmaceutical product for smokers who want to either reduce their smoking or preferably quit altogether.

This is, you know,  I think all these elements are important.

There are a few more paragraphs to his remarks which are continued below in the sections of this story that are relating to getting sued and saving the populous from themselves for the sake of the kiddies.

Since Commissioner Gottlieb is planning on making cigarettes unsatisfying to addicts by removing most of the nicotine, those who still smoke will need another product to use that contains nicotine that is considered safer than combustible tobacco.

While he would prefer it was patches or gum, electronic cigarettes appear to seem like a viable choice to the commissioner. This is a view which some tobacco control advocates don't like.

Think of the Children!


This week several tobacco control advocate groups including the American Heart Association, the American Academy of Pediatrics, the Campaign for Tobacco-Free Kids and others filed a lawsuit against the FDA over the delay in implementing regulations on e-cigarettes.

The lawsuit, filed in federal court, argued that the FDA didn't follow the proper requirements last year when it put off the requirements for manufacturers to file applications for vape products to be reviewed until 2022.

The advocates filing this lawsuit said the delay poses a threat to children's health.

People like certain parts of what we're doing or don't like certain parts of what we're doing. I think the people who sued us waited until that we got out all the parts that they liked and then one day later sued us on the parts they didn't like but you know this is, to me, this is a comprehensive package and I think if you're if you're in favor of trying to get adult smokers to more rapidly quit smoking, you can't just turn a blind eye to the fact that they're still going to be adults who want to get access to nicotine and there needs to be products available to safely do that.

The groups suing the FDA like what he is doing to further destroy cigarette smoking in the United States but also want him to destroy vaping.

The government banning nicotine is for good of the kids after all. It's always about the kids.

FDA Going after Flavored E-Juice to protect the Kids?

That's why we're going to address things like flavors. That's why you're gonna see us take some enforcement actions very soon against some of those some products that we think are being inappropriately marketed to kids and we'll continue to push on that very hard because no child should be using any tobacco product.

We see what's happening with the other cigarette products where you see a lot of youth initiation on those products. That's why we're going to address things like flavors.

Well, we all saw this kind of action coming.

The often repeated trope about kids starting to smoke cigarettes because they got tricked in to vaping by a cotton candy flavored vape juice seems to be working on the leadership at the FDA, even though this is contrary to what is actually happening with "the children".

A collaborative study on usage of e-cigarettes among youth from UK Centre for Tobacco and Alcohol Studies, Public Health England, Action on Smoking and Health, and the Centre for the Development and Evaluation of Complex Interventions for Public Health Improvement at the University of Cardiff found that young people regularly (weekly) using e-cigarettes remains quite low.

Most e-cigarette experimentation does not turn into regular use, and levels of regular use in young people who have never smoked remain very low.

Perhaps no one let the regulators and tobacco control advocates know that adults like flavored vape juice that tastes good. It seems like the upper tier of society wants us to buy vape juice from the pharmacy that tastes like burnt rubber and costs as much as possible.

Since Commissioner Gottlieb is talking mainly about "children" and "kids" and has previously going after "products marketed in kid-appealing ways", a middle ground type of regulation may be reached, in addition to the already in place age restrictions, perhaps around the box designs.

One of the measures the FDA took on cigarettes decades ago dealt with tobacco company advertising using imagery like cartoon camels or cowboys in addition to requiring new packaging restrictions and warning label requirements.

We may end up seeing a similar action applied to the box and bottle designs.

Also products like JUUL, which Gottlieb even mentioned it by name, are going to get slammed pretty hard. It may be the sacrificial lamb that gets the e-cigarette regulation party started.

During the interview, when Commissioner Gottlieb was referring to considering making e-cigarettes an over-the-counter product, the mental imagery of a stale, sterilized, plain white plastic cig-a-like locked inside of a theft proof cage keeping popping into my mind.

Not only would it be like the bad old days, it could actually be worse because there would be no further improvements to look forward to.

Imagine a world where the only vape product you were able to buy were really crappy cig-a-likes which cost a fortune, the only flavor available was a terrible simulation of wet leaf tobacco and you had to get it from the pharmacy. This would be a terrible fate for vaping but one which may be on the way.

While it seems as if the direction regulations are going to be heading with regards to e-cigarettes is not going to be good, at least this FDA Commissioner is recognizing human nature in regards to the fact adults who like to use or are addicted to nicotine, want continued access to it.

It seems as if most tobacco control advocates want to just short circuit the free will of other adults and just deny access to nicotine to everyone.

After the tobacco control advocates save us from nicotine, what is next? Caffeine?