Augvape teams with Twisted Messes to release a clamp style RDA for some old school cloud chucking with updated features and more control than ever. 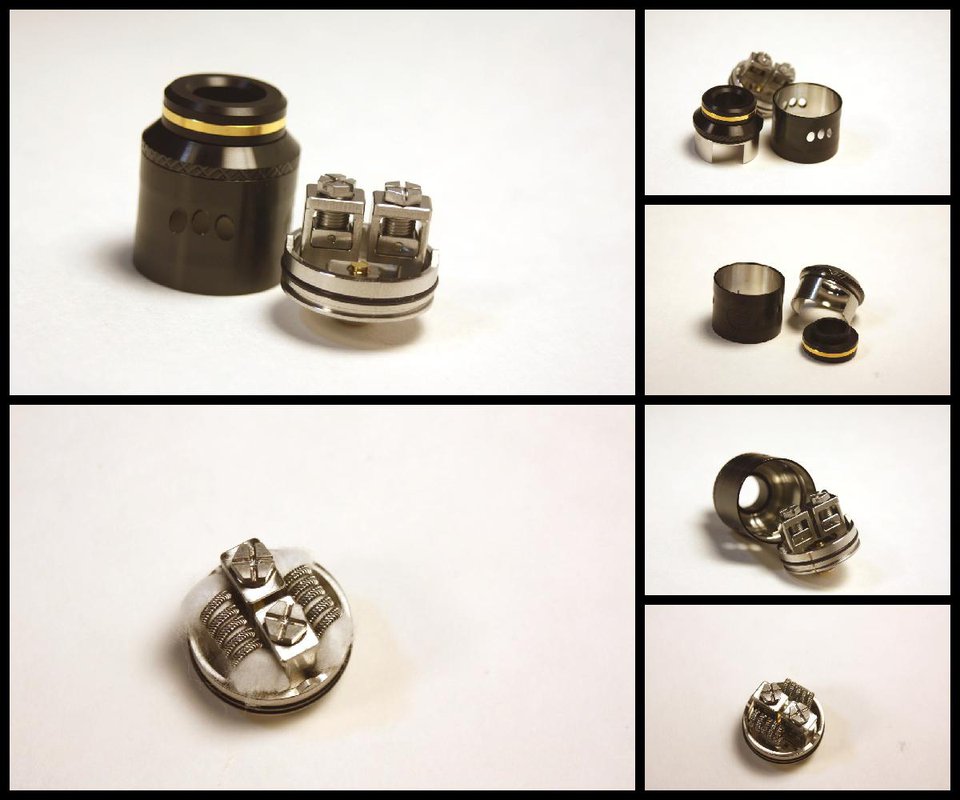 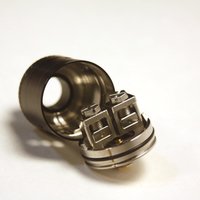 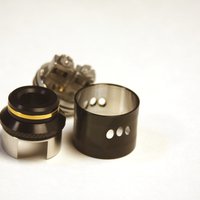 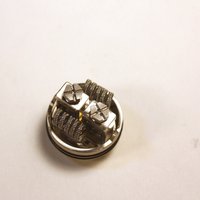 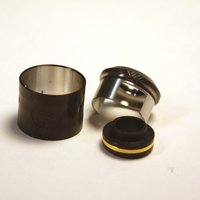 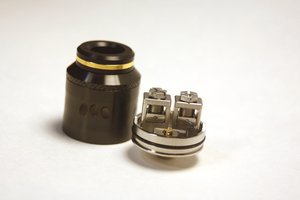 Augvape has teamed up with Twisted Messes, a vaper who is has been a big name in the building and coil side of vaping for quite some time now. The result is the Augvape Occula RDA: a versatile clamp style RDA that is an update on a now classic builder's deck.

The Occula is a 24mm diameter RDA that has a lot of classic features but with up to date takes. For instance, it only comes in black or stainless steel but it has a low profile 810 drip tip with an inlaid accent ring for aesthetics.

There have been a few great clamp style build decks over the years, but there have always been some small sort of issue with the way the screws worked, clamp size or both.

The clamps are huge with the build space measuring in at 5.5mm wide and 2.5mm high, making huge coils builds possible. On top, the hexagonal screws are big as well and won't come away from the clamp thanks to some engineering involving a pin and some other design feats to be sure.

Securing the clamps can be accomplished in any number of ways, from full sized flathead or phillips screwdrivers, finger tightened or even with a pair of pliers. These beefy screws are a real highlight.

How to Build the Occula RDA

Vapers that don't have a lot of experience building might get a bit frustrated with a build deck such as this because the deck doesn't hold on to the leads while adjusting placement. There is definitely a trick or two to know when building a clamp deck.

Pre-trim the leads with a lead measuring tool. On the build in the pictures, the leads were trimmed at 6mm, which worked well for coil placement. Use TWO coil rods to hold the coils in alignment. A small screwdriver will be work in a pinch if only one rod is available. 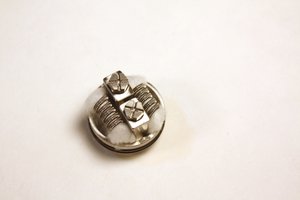 Since there will be two leads under each clamp, place one coil all the way to one end of the clamp before sliding the second coil in the other side, so each lead has plenty of space. Close the clamps down to where the clamp barely secures the coils, then back them off slightly to be able to slide the coils to roughly centered with the leads not poking out from the opposite side.

Once both coils are in alignment, secure the clamps to finger tightness, make any final adjustments, then firmly secure with the screwdriver.

This kind of build will take a bit longer to get used to but if you like big, fancy pre-built coils, this kind of deck is a great choice for a wide range of big dual coil builds.

There is an included squonk pin for bottom feeding the vape juice, but accounting for how this RDA functions, along with the depth of the well and the air hole design, dripping is really the way to go.

The deck is 5.5mm deep and the barrel has triple snake bite (angle drilled) airflow slots on each side. If over squonked, leaking is a real possibility, so sticking with the dripper is the best bet.

Instead of just the normal straight barrel sides, the Occula has a slight concave shape for easy grip and removal of the top section, which works quite well when taking off the top to drip. Two o-rings are along the bottom of the deck securing the barrel, so make sure to put some juice around the inside of the barrel and rings for lubrication.

Along the inside edge of the barrel is a slight machining to allow for the barrel to lock to the deck to prevent any annoying barrel spin and aligning the air holes with the coils.

Adjusting the airflow is quite smooth thanks to some unobtrusive hatched knurling on the top cap. The Occula has a similar airflow control design to other RDAs made popular in recent years which make airflow holes more useable.

Each of the six snake bite air flow holes is easily controlled and usable with dual coil or even single coil builds.

Single coil works well and airflow can be completely shut off down to just one air hole on one side, lining up with the coil. A single coil gives a decent vape and a respectable amount of vapor, but the vapor is a bit airy.

However, with a second coil, the Occula is a beast. This RDA really wants to have two coils. The second coil to fills the empty space in the barrel for maximum vapor production and the best flavor.

Using a high wattage two battery vape mod is best for performance with two sizeable alien coils. With all six holes wide open and the wattage cranked up, the Occula puts in some work as a serious cloud chucker. Maximum airflow gives billowy, warm, huge clouds with a loose direct lung draw. The RDA will get hot with several consistent huge drags with large builds, which is to be expected.

The Occula gives really great flavor with one to one-and-a-half airflow holes cut off on each side, reducing the wattage a bit but giving a longer pulse to warm the coils up a bit before starting to drag. Airflow is quite smooth with no whistling which gives a dense, warm, saturated vape with a slightly restricted draw.

Overall, the Augvape Occula RDA is a fantastic build enthusiast's RDA with incredible screws that gives surprising flavor for a very capable cloud chaser. The clamp style deck may not be for everyone, but if you want to use big builds with fancy pre-built coils this RDA is a great choice.