The Augvape Lyfe Pod is an easy to use, all in one, vape pod that is specifically designed for nicotine salt based e-juices. 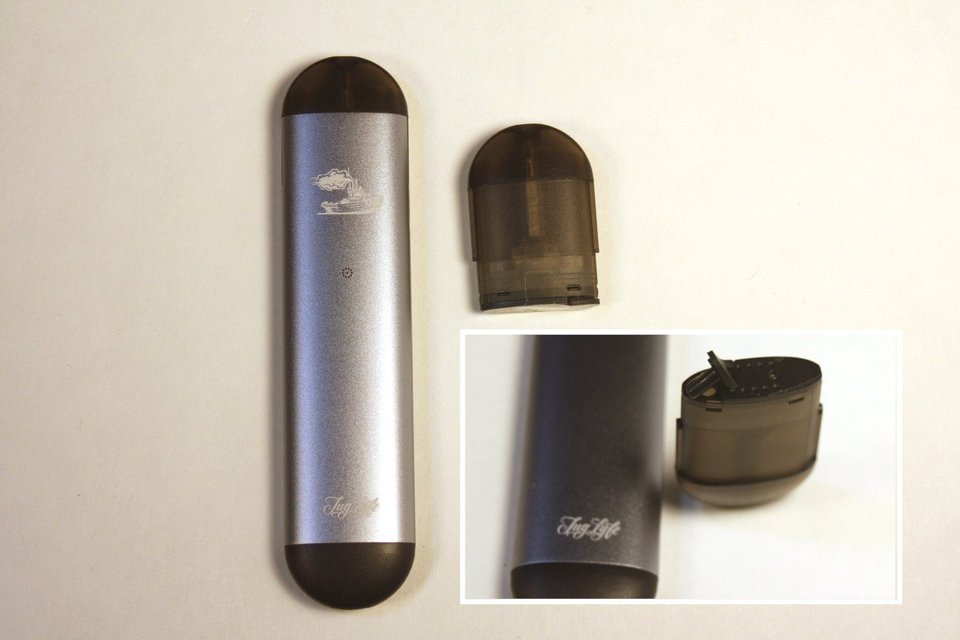 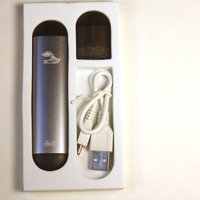 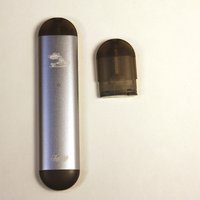 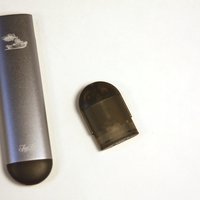 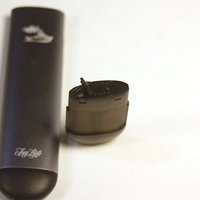 The Augvape Lyfe Pod is the creation of a collaboration with Flawless ("TugLyfe") and is a fantastic, compact all-in-one refillable pod vape starter kit.

After opening the package and giving the Lyfe pod a quick once over, the physical design and the way the device feels in the hand really stands out.

The long, flat shape of the device with rounded edges lends a pop sickle type feel when sitting in the hand and the mouth piece is comfortable to press against one's lips.

On the front of the device is the TugLyfe, tug boat logo at the top of the battery section just above the ring shaped LED indicator. This LED is fairly bright,  lighting up either red or green, and is used to indicate when the device is firing as well as show the battery life remaining.

To use the device after opening the package, a small piece of plastic wrapping needs to be removed from the bottom of the pod cartridge that prevents the magnetic based firing connection from engaging during shipping.

Pulling on the pod at the top, while holding the battery section will allow the pod to pop off for filling and pushing on the pod will snap the cartridge back in to place. 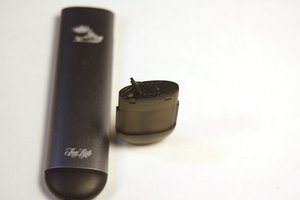 Filling the pod is super simple: pull the pod and flip it over. A small rubber stopper is at one edge on the bottom of the pod that can be lifted to fill the pod with your favorite nicotine salt vape juice.

The Lyfe pod is draw activated, meaning the pod begins to fire when drawing the device starts. Firing is fairly responsive to the tight, but enjoyable mouth to lung draw. The draw required to use the device is reminiscent of a light cigarette.

Since this pod uses nic salt based vape juices, the flavor is pretty clean tasting starting out without much of a noticeable break in period on a fresh pod.

Like with any other vape, allow the juice to sit for 5-10 minutes the first time filling before using just to prevent any dry hits.

Taking two fairly long hits on the Lyfe in succession is fine but a third long hit in a row starts to cause a bit of a dry hit, which was expected.

The included battery has a 300mAh capacity, which may seem like a small amount of charge, but vaping a 2.0ohm coil at 7W doesn't use much power.

After a full charge, the device will be able to use a sizeable portion of the 2ml capacity before needing a recharge, which should last most of the day. Recharging the device is also a fairly quick affair.

Augvape built in short circuit, over discharge, over charge and low voltage protections into the compact device, all of which are quite welcome, particularly the over charge protection. The only downside to the charging on the Lyfe is the included USB cable is very short.

Overall, the Augvape Lyfe Pod vape is an easy to use, draw activated, refillable salt based pod aio vape that provides good flavor with an enjoyable, tight mouth to lung draw.