E-juice safety concerns have always been a worry for many vapers as well as people considering switching from smoking tobacco.  There is a lot of scaremongering, but is it justified? 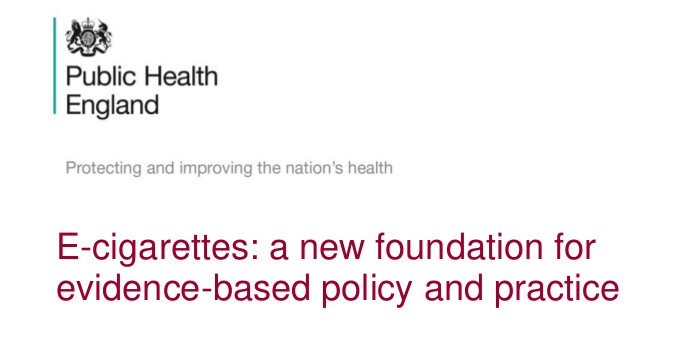 A study from Public Health England (UK Government) has put out a study that says e-cigarettes are 95% safer than traditional cigarettes.

One common scare tactic used by anti-vapers takes some level of chemical that may be found in trace amounts in e-juice when heated and blowing the story out of proportion.  This tactic is simply fear monger style propaganda designed to keep people from thinking vaping is safer than smoking.  Essentially every chemical that is found in e-cigarettes, is found at much higher levels in cigarettes.

A simple example is formaldehyde.  While found it trace amounts in e-cigs, the media shills for big tobacco exclaim "Cancer causing chemical found in E-Cigarettes!".  The implication is that switching to vaping is more dangerous than smoking, even though formaldehyde is measured at several hundred times higher in cigarettes than in e-cigs.

Propylene Glycol, a major component of e-juice, is currently being used a straw man to scare people to keep people away from ecigs. It is in antifreeze! It is also in asthma inhalers and has been considered safe for consumption by the government (FDA) and the pharmaceutical industry for long, long time.

Vegetable Glycerene (VG) is used in fog machines! Yes because it produces some sweet, sweet vapor clouds my guy.

Probably the biggest overblown study was from Harvard T.H. Chan School of Public Health regarding the chemical Diacetyl and its presence in e-juice.

Does vaping cause 'popcorn lung'?

E-Juice can contain diacetyl and actetyl propionyl (diketones) which can cause 'popcorn lung' (bronchiolitis obliterans)!

Diketones are the chemical that produces buttery and creamy flavors.  This disease has only been seen by one doctor who had treated 8 workers at a factory that produced popcorn.  The workers who worked closely with diacetyl, being directly exposed to large amounts diacetyl vapor over a long period of time, were making the buttered flavor liquid topping.

What is more ridiculous about the popcorn lung scare tactic is that diacetyl is also found in cigarettes but at up 85 times the level as found in an e-cig.   Dr. Micheal Siegel exposed some glaring omissions from the Harvard Study being used to terrify consumers.  From his bio: "Dr. Siegel is a Professor in the Department of Community Health Sciences, Boston University School of Public Health. He has 25 years of experience in the field of tobacco control. "  Sounds like he knows what he is talking about.

Given the huge scare being created by the publicity around this article, it is quite likely that a large number of vapers will give up e-cigarettes and go back to smoking in fear that they may develop "popcorn lung."

The Harvard study showed that of all the juices tested, the highest levels of diacetyl was found to expose vapers to 239 micrograms versus the over 20,000 micrograms that of heavy cigarettes smoker group.

That amount is so neglible compared to cigarettes that it should actually relieve ex-smokers that they switched to vaping.

As with most businesses, when consumers are unhappy or concerned, they change there product.  Even though no vaper (or smoker for that matter) has been diagnosed or suffered from popcorn lung, the concern was enough to encourage both flavor manufacturers and liquid companies to drastically alter their recipes.

Several flavor manufacturers and liquid brands now put up ingredients and chemical studies about what is found in their products on their websites.

The Truth about Nicotine

It is a poison

It is actually quite chemically similar to caffeine and provides similar benefits as a nootropic but is far more potent of a stimulant.  It is easier to become addicted to and more difficult to stop using, just ask anyone who has tried to quit smoking.

Nicotine causes cancer! Not true but nicotine is poisonous and can become dangerous, even deadly when exposed to too much.

Rapid pulse, light headedness (due to changes in blood pressure) and shallow breathing are some of the first symptoms, which most nicotine users have experienced at some time. However exposure to even higher levels can cause a heart attack and death.  Nicotine poisoning was even used in an episode of Columbo as a cause of death.

The danger from e-liquid and liquid nicotine is really from the fact that nicotine passes into the blood stream very quickly from skin contact.

Accidental poisonings are on the rise since vaping has become more common due to the fact that children are prone to consuming or spilling ejuice on themselves.  Always keep your e-juice and supplies out of the reach of children!

How you can limit the risks of E-Juice and Vaping

If you are concerned about your health and the safety of the e-liquid you use, there are a few steps you can take:

editors note: (We are personally unconcerned about the presence of diacetyl in e-liquid and consider vaping to be safer than smoking cigarettes in essentially every regard.) 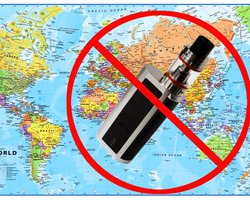 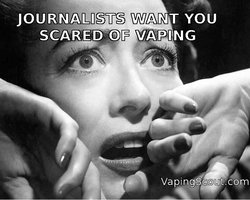 Previous: How I used Vaping as an Alternative to Smoking
Next: DIY Vape Juice: How to make your own E-Juice (In Depth Guide)