The Augvape Druga Fox is a very sleek, high quality, easy to use two battery variable wattage 150W box mod, great for vapers in search of an attractive, performant mod. 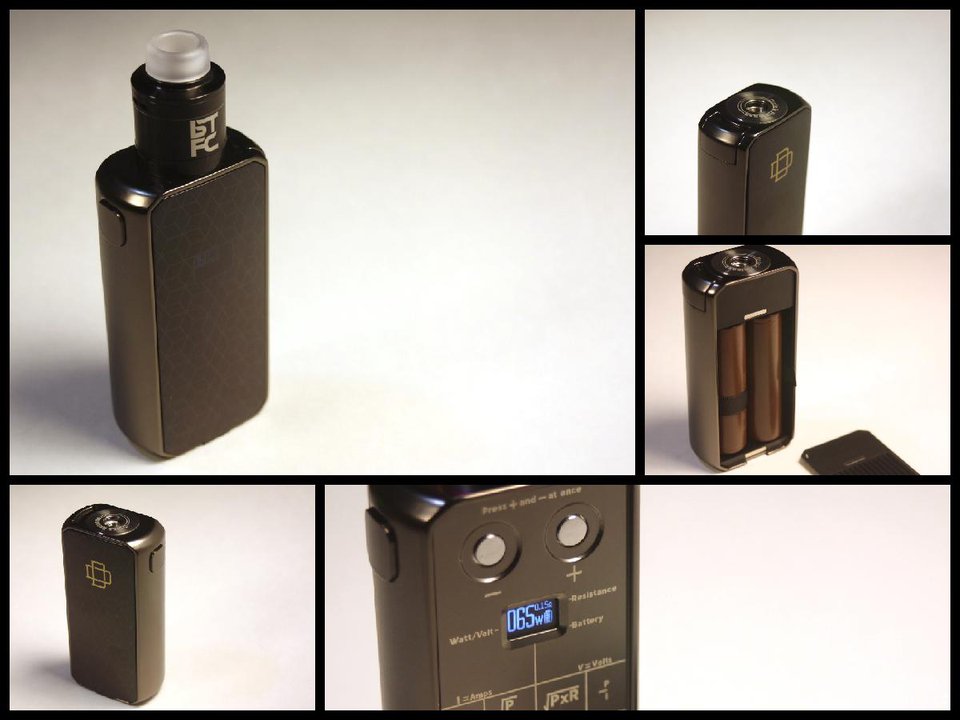 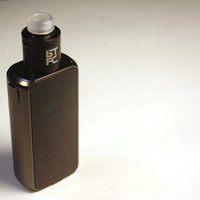 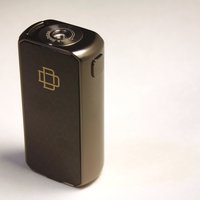 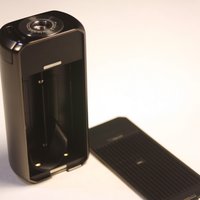 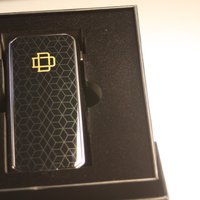 The Augvape Druga Foxy is very sleek dual 18650 regulated box mod that combines an attractive design with ease of use. Augvape aimed for a classy looking mod with classic features and hit the mark with the Druga Foxy.

Using a thicker frame for the body gives a heavy, substantial hand feel. A slight convex shape on the outside of the body allows the mod to sit comfortably in the hand without feeling the edges of the box mod shape.

On the side panels is a faint geometric design along with the Druga logo, which is reminiscent of designer sunglasses. Alternative side panels are available for a more custom look.

In a time when the trend is bigger screens, Augvape goes back to a more simple display, hidden behind a front panel along with the controls.

The smaller screen is readable indoors and the light from the screen isn't distracting in a dark room. In the sunlight, the tinting on the front panel window may make the display seem a little too dim for an quick read.

With the control buttons hidden, there are no more accidental setting adjustments, the mod is basically set and forget. 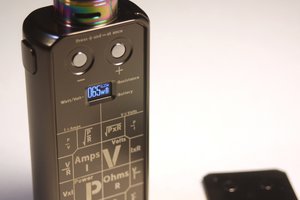 The mod is variable voltage and variable wattage (VV/VW) only, the firing mode (vw) which is preferred by the wide majority of vapers, particularly the sub-ohm crowd.

The Druga Foxy fires up to 150W or 6.5V with high drain batteries.

Adjustment is done in single watts or in tenths or a volt.

Switching between firing modes is accompished by pressing both the up and down controls together and holding for about a second.

The firing button is conveniently placed for index finger firing as well as thumb firing when the device is held in the opposite direction. While the fire button does have a satisfying hollow click, there is a slight phantom press or bit of vertical play before the firing mechanism is engaged but there is not rattle when shaking the mod.

This mod is fast firing and automatically turns on after a battery swap. 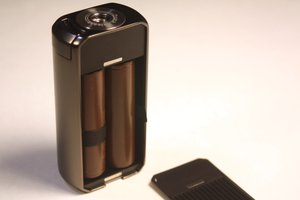 Looking at the inside of the battery sled or compartment, one can see the space is fairly compact, with just enough space to snuggly hold the full size of the 18650s.

Both of the top contacts are spring loaded and the batteries are placed in series like normal with the left top contact for negative and the companion for positive.

The placement markings are part of the sled mold as with most mods, but directions would be more obvious if some white paint was applied.

As the compartment is very efficient with its space, proper use of the battery ribbon is required for the most easy removal of the batteries. 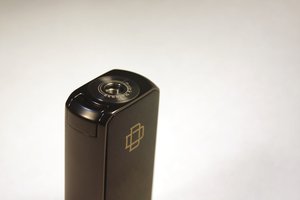 Swapping atomizers is fast and easy thanks to an innovative quick release catch that allows the tank to just pop out of the 510 connection. No more annoying struggles with RDAs that won't disengage.

The placement of the quick release is right at the top of the device, which won't get accidentally engaged or mistaken for a button. This mechanism is spring loaded and the catch requires a more significant press than a regular button.

Pressing the quick release catch slides half of the 510 connection away from the pin and slides perfectly back together when released. Kudos to Augvape on the machining with a cool feature like this.

While you can just pop another tank or RDA on top with the quick release pressed, we still recommend screwing atomizers back on the normal way to prevent any possible trouble with incorrect threading.

Atomizers that are 24 and 25mm in diameter look the best, with 26mm tanks and rdas going right to the edge.

Overall, the Druga Foxy is a very attractive box mod, with a straight forward vv/vw feature set and quick release, that makes your vape experience as painless as possible.

This mod a good match for vapers looking for an aesthetically pleasing, powerful device with convenient features.