The newest version of the Vandy Vape Kylin RTA is better than ever! Flavor chasing, single or two coil builds, custom tank sizes and awesome bottom airflow make this tank a classic. 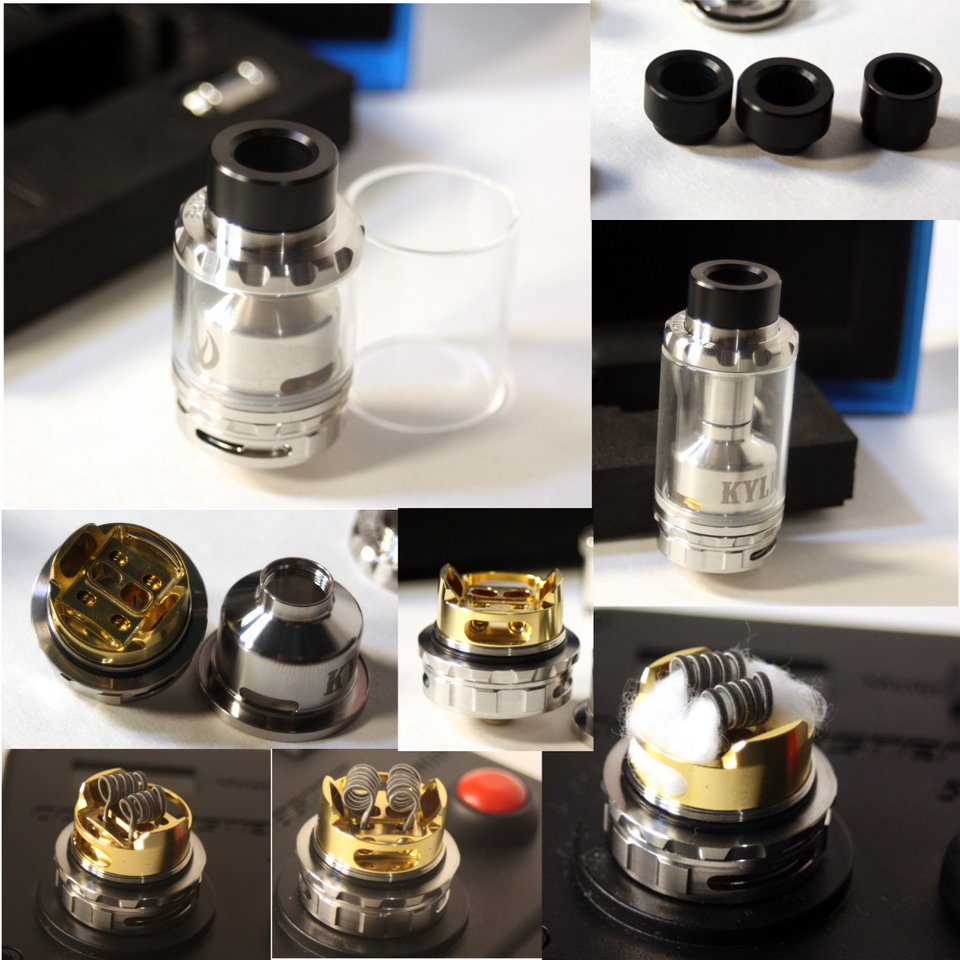 The Kylin RTA from Vandy Vape is a fantastic flavor chasing tank that has several really stand out features that make this a pretty solid pick for a lot of vapers out there.

The Kylin RTA has a screw on top fill system with wide kidney shaped fill ports. The top is secured with a knurled cap. Included with the tank are several drip tips of varying sizes to suit any vaper. All of the tips were good to use.

It has a very good gold plated build deck. The deck is postless meaning the coils stand vertically out of the deck instead of jutting horizontally. This has the benefit of allowing the coils to be packed inside the chimney in a way that cuts down on empty space, increasing the flavor thanks to more dense vapor.

This deck is perfect for two clapton coils but is more thank capable of taking a single larger diameter coil if desired.

Build into the side of the deck are two very wide wicking channels. This design assists in single coils builds but really aids in the cotton wicking very fast due to the fact that so much surface area is exposed to the juice in the tank. Dry hits are going to be pretty rare on this tank (unless the tank doesn't get filled)!

The deck has built in bottom and bottom side airflow ports that really makes the flavor pop thanks to the air hitting the coils from all sides.

The vapor production is pretty good on this RTA thanks to dual air slots. There is a clicky bottom airflow control ring. The airflow is pretty smooth and there isn't any whistling when the air is shutdown.