Innokin has teamed up with vaping legends Phil Busardo and Dimitris Agrafiotis (Vaping Greek) for a MTL series with the Ares being the home run RTA. Not only does it do MTL but also restricted direct lung and has great flavor! 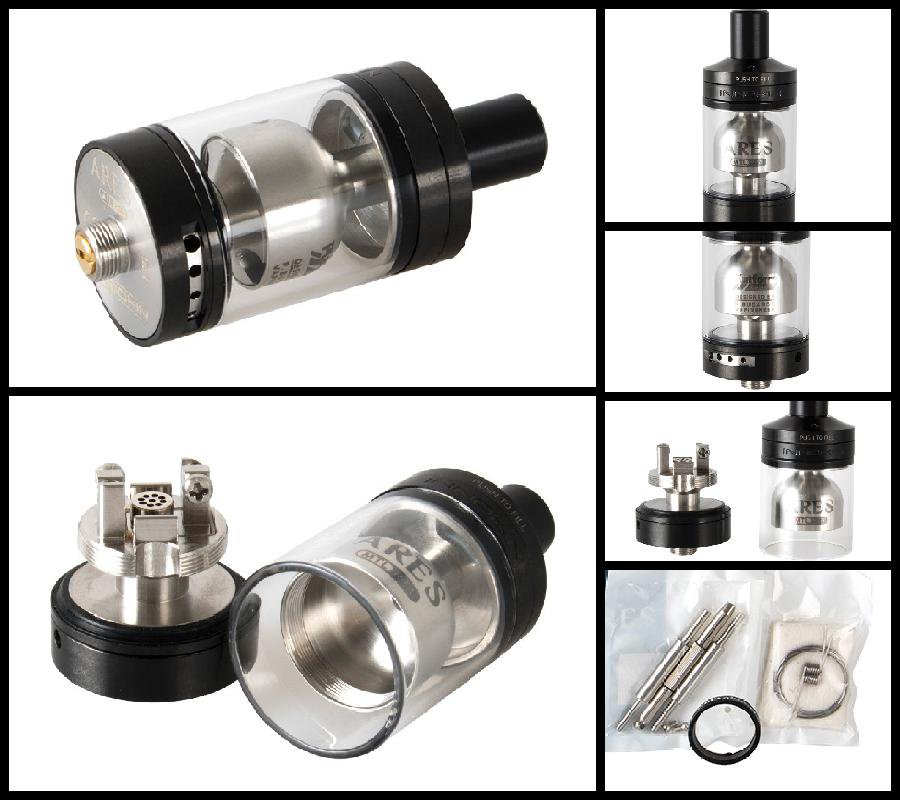 The Innokin Ares is designed by mouth to lung YouTube legends Phil Busardo and Dimitris Agrafiotis. Their design is a real MTL RTA champ too with really great flavor, an easy deck and really versatile airflow control.

It comes with two 510 drip tips which really match well with mouth to lung style vaping with a standard strait tip and a lip contoured drip tip.

Filling is fast with the ever convenient push to fill top.

The build deck is a two post single terminal build deck that should be familiar to single coil builders out there.

One the deck is a bottom airflow port with a circular series of holes, which is a design trend that seems to keep the airflow from getting turbulent

Just slide the coils in, position the coil and wick. Wicking is a breeze as you just tuck them into the side of the deck and reattach the top.

Since the chamber screws around the deck over the wicking, old school style, you have to watch out for the cotton getting bound in the threading.

The bell shaped chamber really seems  to boost the flavor by compressing the vapor into the slim chimney.

The airflow on the Ares is really incredible in my opinion. The Ares has the standard series of reducing air holes from 2mm down to 0.5mm but unlike other MTL tanks, there is a wide open option to use all or several of the airholes in addition to the single air selector.

If you are looking for an easy to use MTL flavor chasing RTA lots of airflow options, give the Ares a try!