The GeekVape Blitzen is a fantastic side airflow RTA with an excellent mix of clouds and bright flavor. It has an updated take on some classic design features and the performance is incredible! 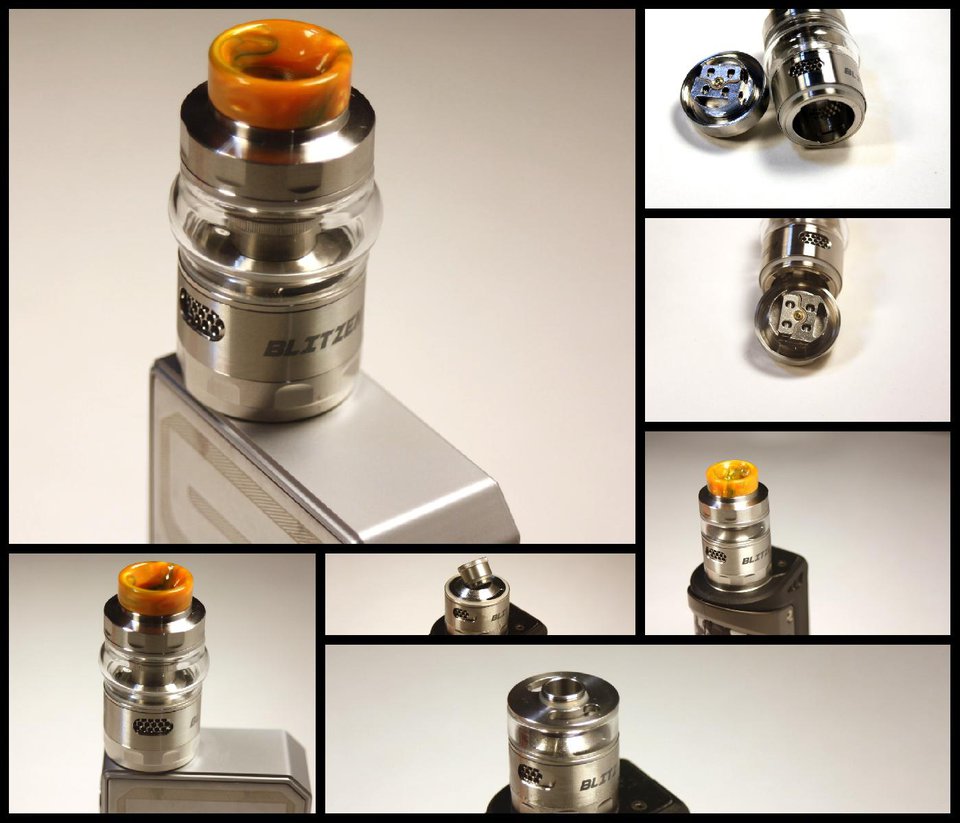 The GeekVape Blitzen is a fantastic RTA that looks good and performs like a champ.

It has several features, like the honeycomb side airflow among others, that remind me of the killer UD Bellus from back in the day.

This deck has a low profile 2ml glass section that provides a sleek look but the tank is convertible to 5ml by installing an included chimney extension and bubble glass.

Juice comes down from the tank well through slots right to the wicks. The wicking ports are quite large and moon shaped similar to other postless decks.

The deck is fairly easy to build, particularly if you're familiar with this build style.

The deck locks into the tank chassis with the help of matching notches to align perfectly with the side airflow.

The airflow can go from providing a fairly tight restricted lung hit all the way to a vaporous direct lung hit. At a little less than half open the vape is very smooth, warm, dense and flavorful.

The flavor being produced on this RTA is simply unreal. At halfway open the clouds are thick with a bright, saturated flavor.

The Blitzen is 810 drip tip compatible and comes with a pretty good looking low profile resin 810.

Overall, this RTA is a real badass! It has huge flavor and the clouds are real dense. The flavor rivals any RTA and is really into RDA flavor territory in my opinion. Don't pass up this RTA just because of the bubble glass look!