The Digiflavor Themis is a top airflow, dual or single coil post-less RTA designed to be leak proof! It produces big clouds, has good flavor and no more bottom seepage or flooding! 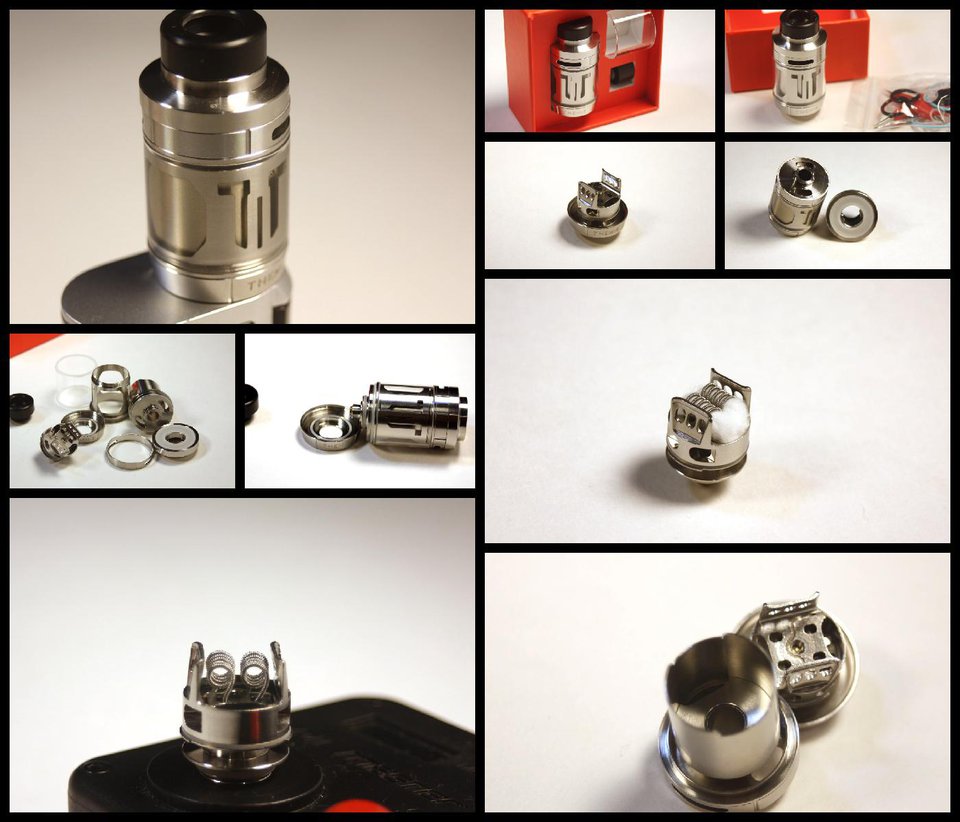 The Digiflavor Themis a leak proof, top airflow, dual coil post-less build deck RTA. If you liked the OBS Engine, which is a great RTA, you will like the Themis RTA.

It is LEAK PROOF! There isn't any seepage collecting under or around the bottom, it doesn't flood (unless there isn't enough cotton) and it doesn't drain if it gets left on its side. If you have problems wicking other RTAs, this is one to try.

The build deck is a four terminal post-less design that can handle single or dual coil builds as usual.

The build deck loads into the bottom of the RTA and locks into the chimney keeping the coils perfectly aligned with the airflow slots.

The deck features two half moon wicking channels that have small holes in the bottom to allow juice to come in from the bottom and get soaked up by your wicks.

Digiflavor utilizes a quarter turn locking top which makes for easy filling and remains securely fastened. On the underside of the top is a silicone grommet to keep the juice for seeping out the top.

The Themis RTA has smooth and abundant airflow at wide open for plenty of vapor production. At slightly closed it seems to have a sweet spot with a semi-restricted lung hit which is great. This RTA does get a bit noisy when shutdown half way or more.

The vape you get off this RTA is pretty good. It gives a big cloud with an enjoyable draw. The flavor is also pretty good but the RTA isn't designed around flavor like some other RTAs. The main feature is the top airflow and leak free design.

Overall, the Digiflavor Themis provides a great vape experience, good flavor with plentiful clouds and the best part is no leaks!