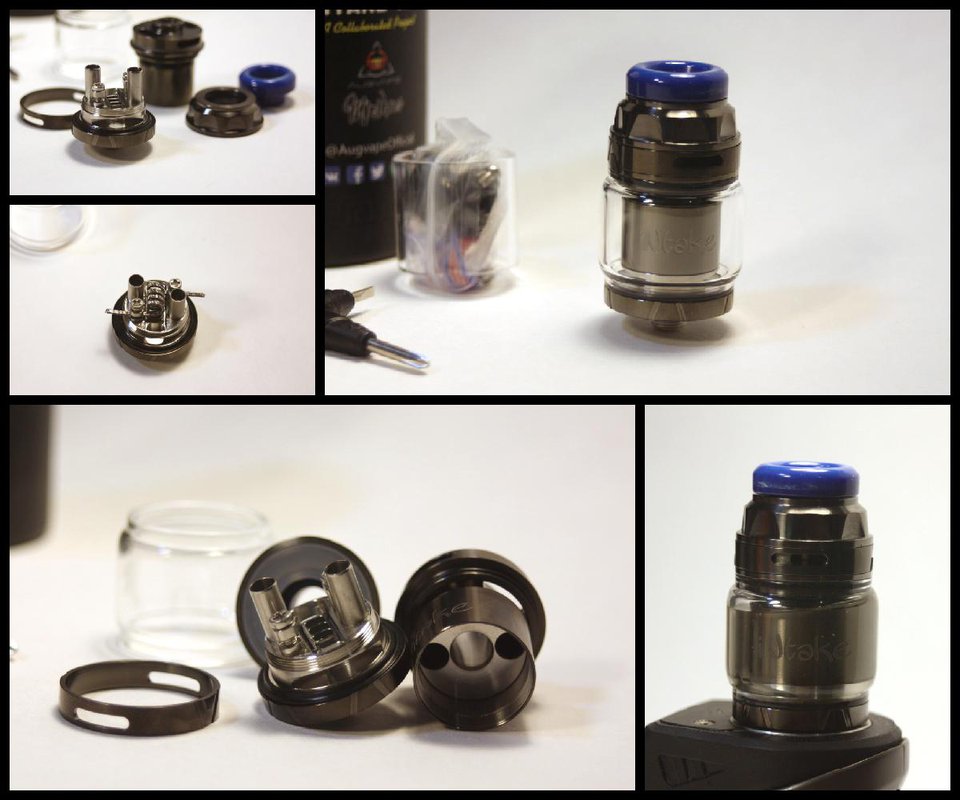 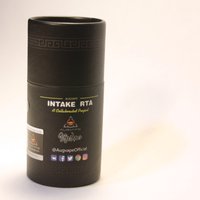 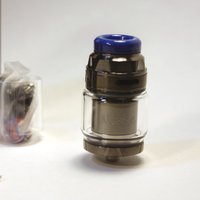 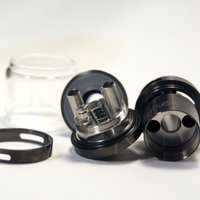 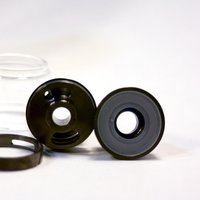 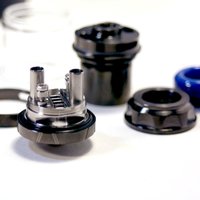 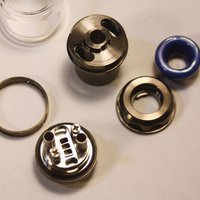 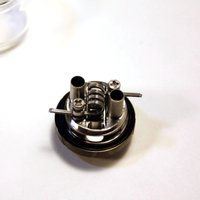 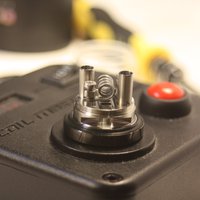 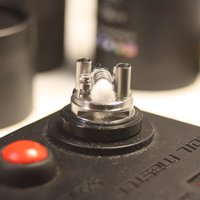 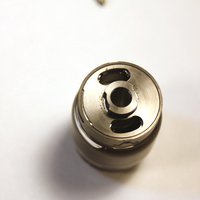 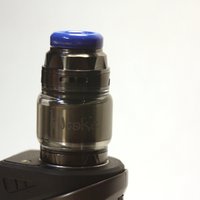 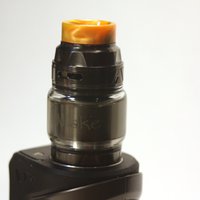 Top airflow RTAs are getting more and more popular as time goes on for good reason. They are awesome!

Augvape teamed up with MikeVapes to deliver this knockout single coil top airflow RTA. The Intake has lots of killer features that make this a well performing RTA that also looks great.

After opening the packaging, the first thing that hits you is overall design cues of the RTA. It really seems to have some striking lines that lends of a overall visually appealing design where other RTAs just seem plain.

This design combines the slate color with stainless accents, high capacity tank with rounded edges and stubby blue 810 drip tip together in a way that really works well visually.

The Intake has a 24mm diameter which will fit well on pretty much any mod you have. It comes in a slate grey or stainless steel and has the high capacity glass pre-installed but also includes a standard 2.5ml capacity glass.

Not only is the high capacity bubble glass more convenient, it doesn't cause the tank to loose its appeal thanks to the straight edges instead of a protruding curve.

On the side of the barrel is a stylized etched branding of 'Intake' that is reminiscent of sharpie graffiti.

Augvape sends their tanks from the factory pretty clean, but it is always a pretty good idea to give any new item a thorough cleaning before you use it.

Taking apart and reassembling the Intake is pretty straight forward.

The deck has two small pipes built into the deck which match up with corresponding ports at the top of the chimney section, which will lock the deck and chimney together when the pipes slide into place.

Having pipes instead of shaped edges for airflow, like the GeekVape Zeus or Digiflavor Themis, works fairly well and keeps the design simple.

These pipes allow the air to be drawn from the top air slots down into the deck section and come up from underneath the bottom of the coil.

The airflow comes through three ports under the coil which works pretty well to provide smooth airflow along with lots of flavor and vapor production.

On the edge of the deck there is threading which screws into the barrel which tightens to secure the tank.

The knurling on the bottom of the RTA, which is the deck section essentially, could be more pronounced as it is a bit difficult to grip with slick fingers.

The build deck is a two terminal single coil design that is very common on single coil rtas and even rdas. Spaced single coils are easy to make and just slide into place.

Flat clapton coils that are 3.0mm in diameter are the best fit with this terminal type and placement but other wire types work also. Coils of 3.5mm diameter are a bit of a tight but still doable.

The chimney barrel, once installed, is close to the terminals which can lead to a shorting problem if the leads are left protruding.

Sliding the coil close to one of the terminals, then clipping the lead and sliding back to center alignment to be secured helps prevent the leads from protruding past the terminals. Just make sure to check the coil after building by screwing on the chimney section and checking to see if the reading is not showing 0.0 (a short) before wicking.

This terminal design, while traditional, could be improved by having a cutout in the terminal section that allows the clippers to get closer to the screw.

Wicks are left slightly longer than on tradition rtas as they have to travel through the deck, like on an rdta, to be exposed to the juice. Wicking is not the fastest ever due to wick length but it is still pretty good. Just make sure that the coil isn't over wicked (too stuffed) by giving the wicks a combing to remove some of the fibers and you shouldn't have any dry hits with regular vaping.

At the top of the RTA is the airflow ring which provides a smooth, stopping airflow adjustment. The ring has a small protrusion on the inside that corresponds to milling on the edge top fill area. Make sure this nub on ring is aligned the notched milling or the top cap won't secure.

The top cap has some geometric shaping to it that makes gripping secure even with slick fingers. The quarter turn top is secured very easily making for fast refills through the dual fill ports. On the under side of the top cap is a silicone gasket that prevents any seepage.

One of the the best parts about top fill RTAs is no leaking, even when tipped over for hours, but even better is there is no seepage that collects at the bottom of the tank. On bottom airflow tanks, either sub-ohm or rebuildable, seepage is an unavoidable fact of life thanks to our friend gravity.

Augvape went with a pleasant blue colored stubby 8mm 810 drip that looks great against the slate and stainless metals.

While the tip is shorter than normal, it is comfortable to use and feels like the right choice. Other 810 drip tips can be used but the looks change quite a bit, for the worse in my opinion, with a taller tip.

There are lots of reasons to get this fantastic little top airflow rta: easy to use quarter turn top fill, strong performance including great flavor, smooth airfow, appealing looks, decent capacity and no leaks or seepage!