Hellvape and youtuber Heathen have collaborated to release the Dead Rabbit 24mm RDA. 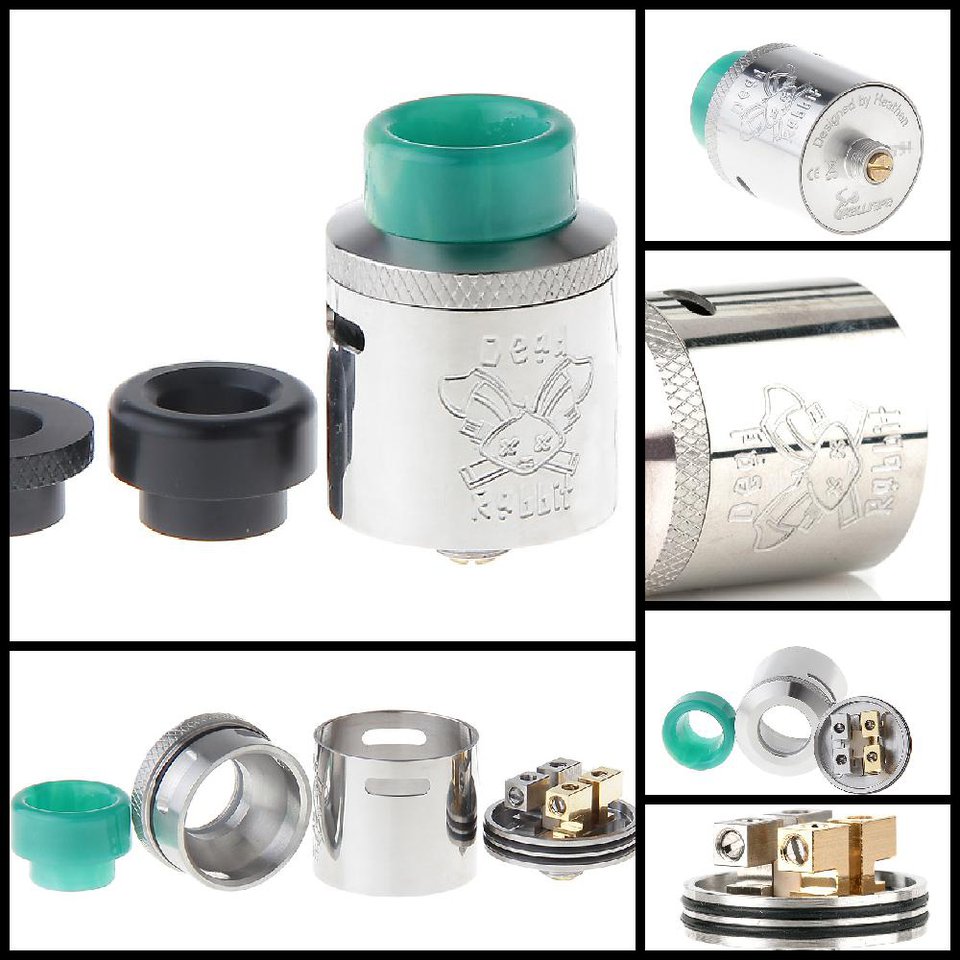 The Hellvape Dead Rabbit is a 24mm squonkable RDA.

It is made from 304 stainless steel with a hatched texture knurling on the top cap which provides a pretty good grip. While some may not like the hatched look, it really plays well with the cool looking dead rabbit logo along with the colored resin 810 drip tip.

The Dead Rabbit RDA is built around a top terminal, four post build deck that simulates a post-less deck.

The opposing positive and negative posts are different colors, with the positive terminals gold plated and the negative left stainless. This is a good feature that provides clarity for the builder.

With this build deck, it has space for you to cut any excess coil length off from underneath of the post which is easier than post-less as you don't run as much of a risk of ruining a coil due to cutting a lead to short.

The terminals themselves are quite large, which can handle larger coils and are secured with either flat heads or hex screws.

As with most post-less build decks, you can build a single larger coil instead of dual coils, if desired.

There aren't any clear wicking channels, which means you can just cut them enough to tuck into the well and reach the bottom.

The juice well isn't very deep, coming in a 5mm, but the side airflow is place fairly high on the barrel so it may be OK to over fill, just don't take the top off with the juice level higher than the well.

The barrel has a slotted top side airflow that is angled downwards. Placing the angle in the airflow slot allows the air to hit the coil at an angle before coming back up the the top cap and it really works out.

The air is smooth and isn't too airy. It provides more of a restricted lung hit than just blasting vapor.  The airflow, shape of the top and the coil position combine to provide great flavor.

Overall, this is a great flavor RDA with some pretty good easy to use build deck, smooth airflow and a enjoyable slightly restricted lung hit.