A real piece of vape art has been released by Digiflavor and designed by YouTuber, The Vapor Chronicles. The Digiflavor Drop is an incredible flavor chasing RDA with amazing airflow control and an easy to use 4 terminal vertical build deck. 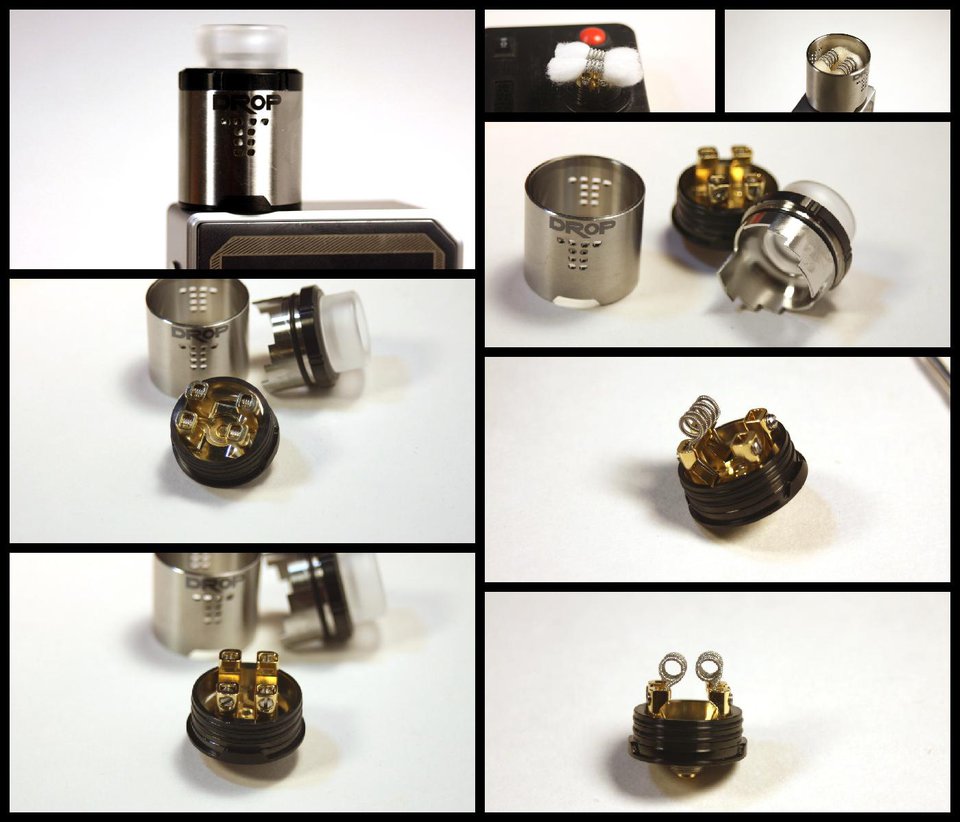 The Digiflavor Drop is a 24mm RDA, with a four post drop in build deck which simulates the way coils drop into a post-less deck but is way better.

After the coils are dropped in the corresponding terminals, adjusted and secured, the excess leads are easily clipped from the inside of the posts. This cut out post makes building the Drop a breeze.

The juice well is measured at 5mm but seems deeper with the amount of juice it holds.

The bottom of the RDA has two sloped ridges with matching cut outs on the barrel which prevent the RDA from rotating when adjusting the airflow, keeping the air perfectly aligned with the coils.

Airflow on the Digiflavor Drop is amazing with a semi-grid style airflow is arranged in a T-Shape. The top cap is really genius in the way it is shaped in a step formation which can cut each of the airflow holes off one at a time, starting at the top.

The top cap is easily rotated for smooth and accurate adjustment making the airflow control on this RDA simply unmatched.

With the airflow fully open, the Drop provides incredible flavor and lots of vapor production. Shutting off the top row of holes with give a restricted lung hit and a warm dense vapor.

While the airflow is two sided and can't be shut off completely on side, the air flow can be cut down to just one small airflow hole. The limited airflow, a single coil and a 510 drip tip will allow for pretty good mouth to lung RDA flavor chasing.

Digiflavor ships the Drop with a standard 510 protruding pin pre-installed but have included a raised bottom feed pin for those vapers that love squonking.

The flavor produced by the Drop is just delicious, saturated and bright. The draw is very smooth.

Overall, the Digiflavor Drop is simply amazing, very versatile RDA that every RDA enthusiast should have in their arsenal.

Vaporesso FORZ RDA - new Force to be reckoned with!